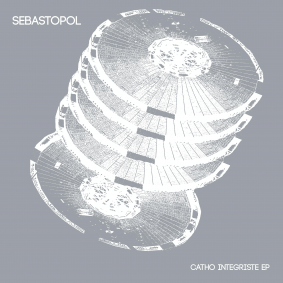 Kompakt’s Sebastopol joins up with Francesca Lombardo’s Echoe imprint this November to deliver four otherworldly tracks in the shape of the ‘Catho Integriste’ EP.

French producer Sebastien Bouchet aka Sebastopol has a known reputation for delving into the realms of abstract sound designs. He played in synth bands earlier in his career, which to this day still resonates throughout his production style. After reinventing himself as Sebastopol in 2017, he’s gone on to release on labels such as Correspondant, My Favorite Robot Records, Hafendisko and of course Cologne’s Kompakt. Here though we see him joining the roster of Francesca Lombardo’s Echoe, following material from the label founder herself, INTO YOU, Cassy, La Fleur, Laura Jones and more.

‘No Go Zone’ maintains the hypnotic ambience through ethereal synth waves, floaty pad work and gentle percussion ahead of closing cut ‘Nobody Move’ which delivers punchy kick drums fused with eccentric melodies and emphatic synthesis throughout.

Sebastopol ‘Catho Integriste’ EP is out on Echoe on 30th November 2018. Tracklist