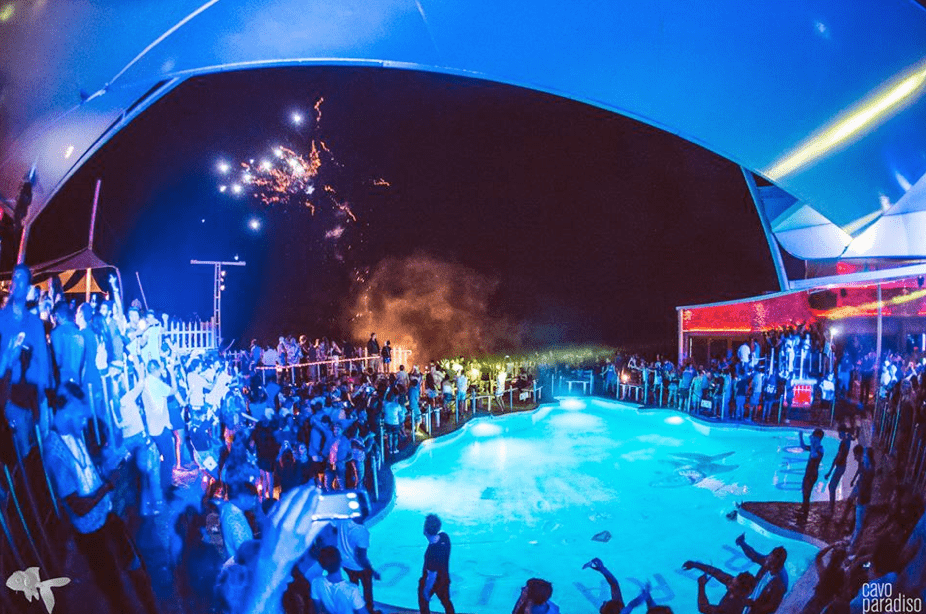 Maintaining their position as one of the worlds paramount clubs and Greece’s prime nighttime institution, Cavo Paradiso reclaim Summer with a crowning lineup from across club culture, watch the video here. 2015 packed a comprehensive crew showcasing the diversity of Dance, from Oliver Heldens to Fatboy Slim, Armin van Buuren to Marcell Dettmann. This year, the first-wave calendar is as awe-inspiring as ever, in its whole array of leading names from big room behemoths David Guetta, Nicky Romero, Axwell and Ingrosso to underground overseers Sven Väth, Richie Hawtin and Solomun. This cliff-top cornerstone of Dance has its day in the sun continue into the new year, crafting evermore eclectic and euphoric nights by the same pool and with the same passion which has proudly earned its place since 1993 – 1817 events to date!

The heritage of this home from home for party pilgrims is played to with historic Dance acts too – an homage to Cavo’s own past as a prominent party outpost. Returning heroes close to the heart of this beating haven provide a honed core, on which is built a bill of only the coolest in contemporary from a cross-section of the club scene. Self-styled and seminal ‘Electroman’ Benny Benassi, man with the first and foremost “French touch” Bob Sinclar, first-generation superstar DJ and first-of-its-kind ‘Best Dance/Electronic Album’ Grammy nominee Paul van Dyk, each bring long-proven skill. Of current celebrity come household names of House with godlike status even humbly put, including Cedric Gervais, Alesso, Steve Aoki, Fedde Le Grand, and pop culture polymath Ruby Rose.

With the full listing and nightly floor-filling formulations of this all-star cast yet to be unveiled, there is more news aside with which Cavo Paradiso will entice enraptured fans and first-timers alike. Cavo represent every colour of the party palette, for every taste, in freedom of their rave retreat. Under the tutelage of authentic authorities, Techno is an instructive part of the season with elders the likes of Sven Väth and Richie Hawtin on point. From vinyl to viral, underground to interstellar, Solomun, Tujamo and Marco Carola or Robin Schulz, Martin Solveig and Loco Dice – this vaunted and voguish venue venerates the history behind it whilst generating the future before it, this Summer.