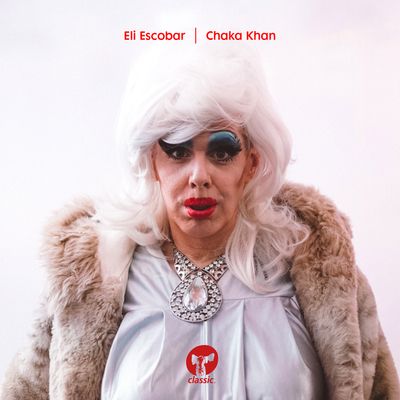 Eli Escobar is the quintessential New York City DJ. A devoted collector, explorer and connoisseur of music from hip-hop roots, he is hugely well-respected in the New York club circuit after over a decade of mutual love for the scene. Usually found hunched over the decks at some jumping club on a Brooklyn backstreet, he also has production magic at his fingertips and is poised to unleash it on the rest of the world – with a little help from his friends here at Classic. Chaka Khan is the follow-up to Eli’s sublime disco-house jam ‘Phreeky’ on Classic, pre-empting his hotly anticipated upcoming second album Happiness.

Eli’s Chaka Khan EP is a journey through the concrete jungle of his home, pounding the streets between the basement clubs and record shops that he frequents. The disco references are seamless and intelligent in lead single ‘Chaka Khan’, balanced by 4/4 beats that drip with pure urban cool in ‘Happiness Pt 2’ and ‘Up All Night Pt 2’. Eli’s style is tough and street smart with disco divaness at its heart. Percussive elements, piano refrains and vocal samples take you by surprise and knock your socks off after every break. There’s Eli’s entire musical heritage woven into every special moment.