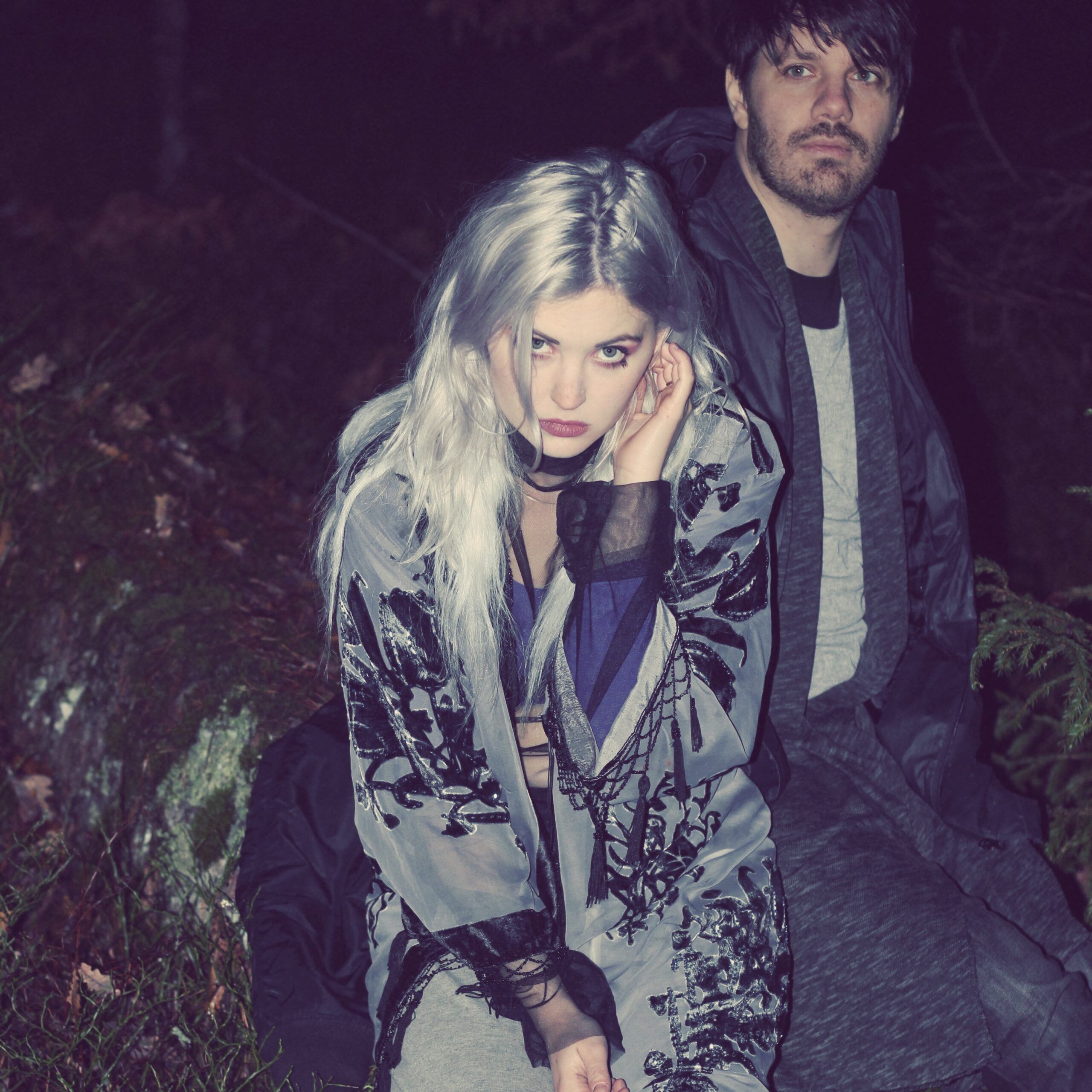 Emerging band RABBII announce they will release a brand new single Chameleon on March 25 via Swedish independent Hidden Mothers. This follows up their last offering Hang Us High, which they streamed last year via Soundcloud.

Chameleon is about negative feelings resulting from trying to conform to society’s expectations. RABBII invite the listener to lift the corner of their world, and see what lies beneath. The band’s lyrics are inspired by how technology is changing the world; ”We want our art to feel so organic, that every cable and wire is more like a living thing. I think humanity is in this weird ‘eye of the storm era’ right now” say the band. On the track, Johanna’s vocal is a cool glass prelude to a chorus drenched in cascading electronic euphoria.

RABBII (aka Revolutions Are Best Before Initial Inception) were formed in Stockholm by Johanna Berglund and Felix Persson. The band write songs based on personal experience, specifically vulnerability and the dark side of human nature. Johanna’s parents were both deaf, so music did not play a significant part in her upbringing until at the age of ten, she started to pick out tunes on a piano that an older sister had bought. An accomplished footballer, she abandoned the national academy where she was training to pursue music. “I just loved to sing and create music,” she says. “It became an escape from a dysfunctional family life.” The band are currently in the studio in Sweden, working on new material.