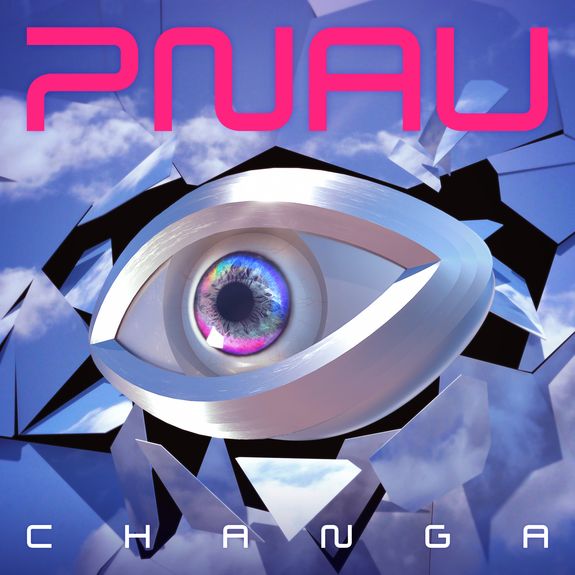 Five years in the making, Changa is the beautiful mess of life crystalised into moments of pure dancefloor joy. Turning to Kira Divine, a vivacious New Yorker of Guyanese heritage, who lends her South American-influenced, transcending vocals to the profound PNAU experience. Described by the band as “a kind of conduit”, founding member Nick Littlemore filters his vocal through Kira’s energetic aura and as a result, the two lose each other in vocal mimicry, descending into an exalted madness, which is pure fire.

The album opens with a turbulent wave of funk, as “Save Disco” transcends into your eardrums, it's raucous synthesisers are only to be matched by Divine’s unwavering vocal. 2016’s “Chameleon” follows, the timeless summer hit illuminating your mind and turning up the heat which has also now recieved an official video treatment, racking up over 4 million views on YouTube alone.

“Go Bang” stars acclaimed vocalist, Afro Soca choreographer and “Chameleon” collaborator, Kira Divine. An auditory and visual spectacular, the track is a house-driven staple for any euphoric occasion – coloured with the momentous and familiarly instant call of Kira’s vocals. The visuals for “Go Bang” were co-directed by band member Nick Littlemore and award-winning duo Toby & Pete, prescribing a neon-lit feast of alternate worlds on a spinning axis, seeing Kira Divine dance her way through each to great effect.

The trio’s shape-shifting versatility shines through on tracks like “Control Your Body” with its 90s distorted soundscapes, “Young Melody" with blissful vocals from Vera Blue and the galactic “La Grenouille". Each track boasts traditional pop sensibilities, only to be punctuated by PNAU’s infectious creativity. A truly powerful album with influences ranging from 60s disco, dancehall, 90s rave and jungle, Changa pays homage to the rave spirit in which they were born in, described by Nick as “our last hurrah to the dance floor”.

Changa follows on from 2012's Good Morning To The Night, produced in collaboration with Sir Elton John, debuting at #1 in the U.K. album charts and in Australia's Top 5. Last year’s spiritually anchored single “Chameleon”, warmed crowds instantly, becoming a festival favourite and dance floor anthem picking up #11 position in the 2016 triple jHottest 100 following into a #1 Australian Artist Single and #1 Hot 100 airplay chart. “Chameleon” has since had 35 million combined streams and is now ARIA accredited triple Platinum. Wider radio support in the UK on Radio 1 spells exciting times for the band who are yet to crack crossover success outside of Australia.

Now consisting of Nick Littlemore, Peter Mayes and Sam Littlemore, PNAU emerged onto the scene in 1999 with their ARIA Awarded debut album Sambanova. Since then, the act have become one of the most important names in Australian music, with an emphasis on the electronic and dance communities. Their 2007 self-titled album cemented their place as one of the strongest forces in the world's music scene, Sir Elton John claiming it was the best record he had heard in 10 years.

PNAU recently enraptured crowds across the country as they headlined Listen Out festival throughout September. Though 18 years on from their inception, the group maintain their reputation as one of “Australia’s Best Festival Acts” (InTheMix) – a testament to their timeless music and prolific nature. The act are set to headline Sydney’s Harbour Party this New Year’s Eve, alongside Tkay Maidza, Hook N Sling and 15 Grams. Audiences can prepare for a spectacular performance as PNAU bring their most diversifying and fierce album to life.

Dedicating half a decade to jettisoning an entire album’s worth of tunes in pursuit of perfection, PNAU's Changa has arrived.