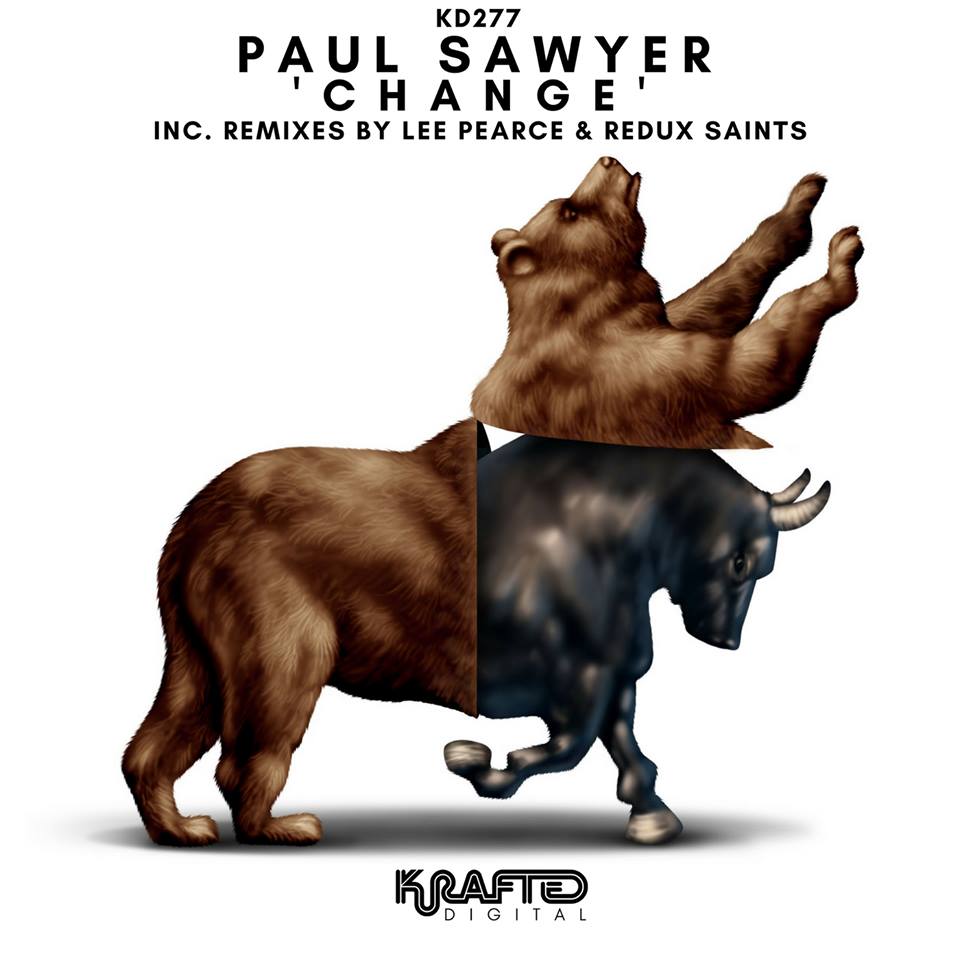 Krafted partner Paul Sawyer returns to the Krafted Digital imprint after recent releases on Armada Music’s Juicy Traxx, Nueva, Bonzai Music’s Green Martian, Suffused, Pineapple Digital and Krafted Underground. Recent releases and remixes from Paul have regularly been hitting the Top 20 in the Beatport Charts, and his Running EP on Robbie Rivera’s imprint Juicy peaked at #1 in the UK Club Chart during the summer of 2017.

This latest offering ‘Change’ is on a tech house tip, where Paul provides a catchy vocal over raspy synth stabs which adds to his capability to produce a variety of styles. A dub version is included in the package for those darker spaces.

Two remixes compliment the Original, the first from LA based Producer Redux Saints adding his deeper flavour and incidentally this remix has already been snapped up by Toolroom for their ‘This is Toolroom 2018’ compilation, due out during December.

Fixation and Swerve Digital’s Lee Pearce full on House rework adds his own bassline into the mix and more lush stabs, whilst keeping much of the vocal from the original. He also includes an Instrumental version that really brings the groove out from his interpretation.

Paul Sawyer can be heard each and every month on New York’s Frisky Radio via his Textures Show and his Textures of Me show on various platforms including Krafted’s very own online station.