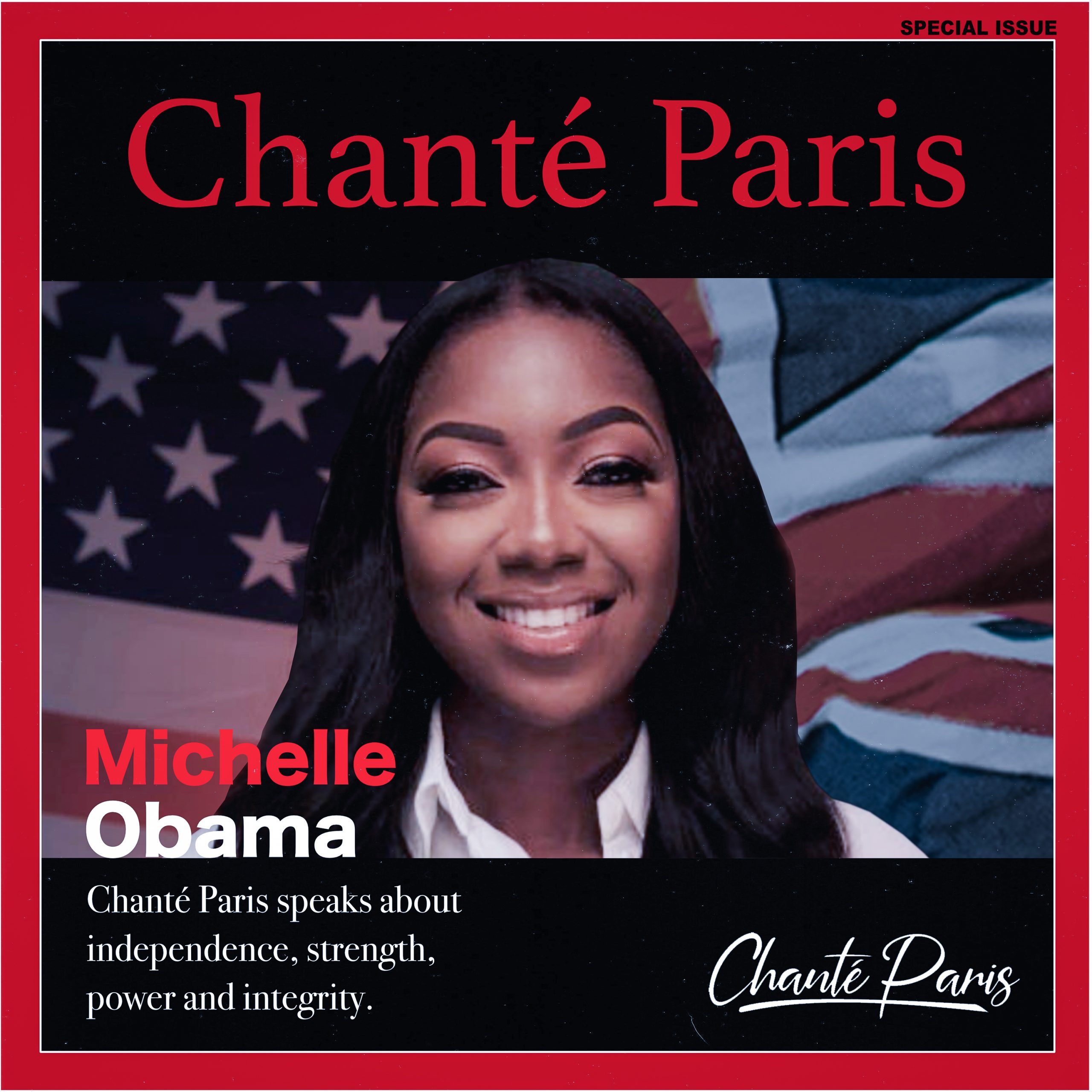 Born and Raised in East London, Chante Paris is an independent rapper that’s set to take the urban music scene by storm, already named by her peers and followers as one of the forthcoming prospects in the industry and she has now released her new single ‘Michelle Obama’.

East London rapper/writer Chante Paris drops her latest single Michelle Obama following her latest freestyle song and Video Consistency which premiered on MixtapeMadness on 14/03/21.
Gaining an organic fan-base from her freestyles and YouTube covers such as Missy Elliot “ She’s A B**” being co-signed by Play-Dirty Music. J Spades, Professor Green to name a few. As well as many other well-known artists in the UK urban music scene.
Chante was formerly Known as little C ( Little Cheryl) she named herself this as she was always told she was a little version of her Mother Cheryl , under this name Chante Released many covers and worked with artist such as: Big Narstie & Dirty Danger as well as collaborating with Link Up TV to Launch their first ever freestyle platform ‘ Time 2 flow”, She later changed her name to Her Birth Name Chante’ alongside her middle name Paris as these are the two names her Mother wanted for her when she was pregnant with her and Chante felt these sounded Great together.
Chante has worked with Producers such as: 1st born Music, Rxz, Rhymz, Dwayne Patrick and Enz.
Building a catalogue of music showing her creative writing skills and versatility as a rapper/writer.
Chante’ has the ability to wow a crowd with her linguistic skills and she has done this on several occasions.
Growing up, Chante was influenced by many UK and US rappers. Such as Nas, Eminem, Kanye West and Monie Love Chante has been obsessed with lyrics, wordplay, catchy flows and hooks which is demonstrated in her song writing and Music.
Chante’s tone and style has been compared to the likes of MC Lyte, Remy Ma and lil Kim. Chante is also working on expanding her sound by introducing more melodies and singing into her new music, because singing is where Chante first found her love for Music. Chantes Family is full of Strong singers
Michelle Obama is a representation of a strong independent woman who strives for the best in all forms, from music to business as well as being a role model to all women and girls following their dreams.
Chante Paris is one to watch for the future. 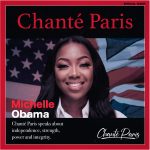