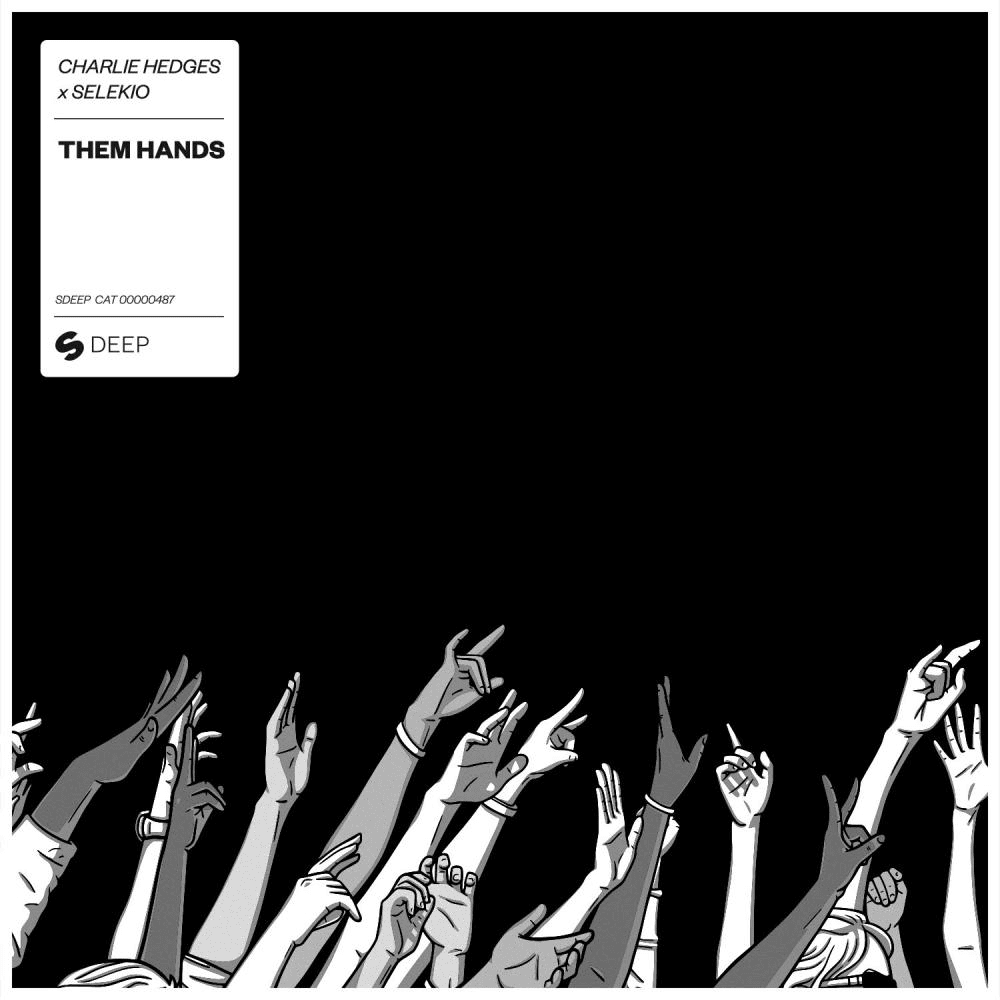 by ihouseuadmin
0 comments
‘Them Hands’ is the first release on Spinnin’ Deep for both artists, following Selekio’s acclaimed debut ‘Thinking About You’ on Spinnin’ sublabel SOURCE last year, while Charlie Hedges already paved her way as seasoned producer with several popular releases these last years.
“Whether I’m DJing at a club, festival anywhere in the world, listening to music in my car, on the train, I just LOVE the feeling you get when the music grabs you. I love that feeling I get when everyone at that gig is there for the music. I wanted to make a track that brings people together, a track that I can play at one of my gigs, at a festival but also a track you guys can play in your car, on the way to work or school, hopefully bringing back some incredible memories from the weekend you’ve just had out with your friends….and that’s how ‘Them Hands’ was born.” – Charlie Hedges
Artist info
Charlie Hedges
Having conquered the airwaves and claiming the #1 National Commercial Breakfast show in London on KISSFM, with the breakfast show’s highest ever reach of 2.2 million listeners, Charlie’s next chapter started April this year joining the BBCRadio 1 family with a show Monday to Thursday 9pm till 11pm, including having her own 30 minute mix ‘Club Charlie’ every Thursday evening too.
Charlie by night has toured the UK and Overseas playing some of the biggest house events and festivals including a residency with Carl Cox The Revolution at Space Ibiza, Amnesia Ibiza, Global Gathering, V Festival, Pacha Ibiza, Isle of Wight Fest and many more and played her debut set at Miami Music Week this March too.
Last summer she announced a residency at BH Mallorca playing alongside Craig David, Duke Dumont, Steve Aoki, Axwell and Ingrosso and this year has announced her own residency at BH Mallorca hosting her own Pool Parties under her new brand…‘House of Charlie’.
Charlie has also just announced a UK tour with Smirnoff playing in some of the most in demand clubs in the UK including gigs in London, Birmingham, Nottingham, Cardiff, Leeds, Southampton and more. And if that’s wasnt enough Charlie is just about to announce a huge Ibiza residency too. She also secured her first release on label Spinnin’ Deep working with producer Selekio on‘Them Hands’released May 6th.
Selekio
Selekio has been writing music under various names for many years and in 2018 got his big break when he signed to Spinnin Records / Source. His debut release slammed straight on to The BBC Radio 1 Dance Anthems airwaves,with tastemaker Mistajam playing the World Exclusive 1st play. ‘Thinking About You’ ft Amy Pearson gained attention of Spinnin’ Records who then quickly put pen to paper and signed the record.
The track was instantly recognisable in the clubs and on radio thanks to a huge bassline from Luther Vandross’s work with Aretha Franklin and once they gave it their blessing to be used it was all systems go. The track has hit a combined 300k streams on Spotify and 375k views on youtube with extra thanks to heavyweight remixes from R3wire and Marc Baigent & Element Z.