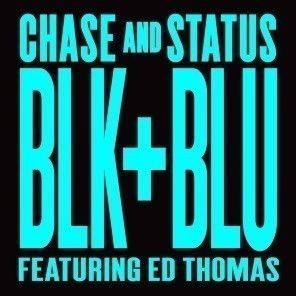 2013 was certainly Chase and Status’ year, and the good run looks set to continue into 2014. The London based duo, have announced that the next single to be taken from their #2, already Gold certified album Brand New Machine will be BLK & BLU, featuring Ed Thomas. Released through Virgin EMI Records, BLK & BLU is set for release on March 17th.

Brand New Machine features vocals from a raft of new and upcoming British talent. Chase and Status were especially excited about working with emerging new star Ed Thomas on BLK & BLU – a 2-step garage roller that pays homage to the UK garage movement of the late 90’s. BLK & BLU follows three hugely successful singles from Brand New Machine, Lost & Not Found featuring Louis M^ttrs, the Top 5 festival favourite Count On Me featuring Moko and most recently Alive featuring Jacob Banks which still remains firmly in the Top 20 of the iTunes chart despite being released months after the release of the album.

In 2013, Chase and Status, along with their live band featuring MC Rage and Andy Gangadeen, cemented their status as one of the UK’s most exciting live bands. They headlined The Other Stage at Glastonbury in June, played a storming, riotous set at Reading and Leeds in August and headlined their first Arena tour in November, which culminated in a sold out show at London’s 02 Arena. Check out some of the highlights at http://po.st/CSLiveO2. They take their acclaimed live show down under to Future Music Festival Australia in March, and will soon be announcing plans for another very busy summer of festivals throughout the UK and Europe.

The duo, Saul Milton (Chase) and Will Kennard (Status) are extremely passionate about finding and nurturing new artists. They have their own label MTA Records, home to Nero, Moko, Kove, Ben Pearce and more.  Kennard is also part of a team set to open the East London Academy of Music, in September 2014.