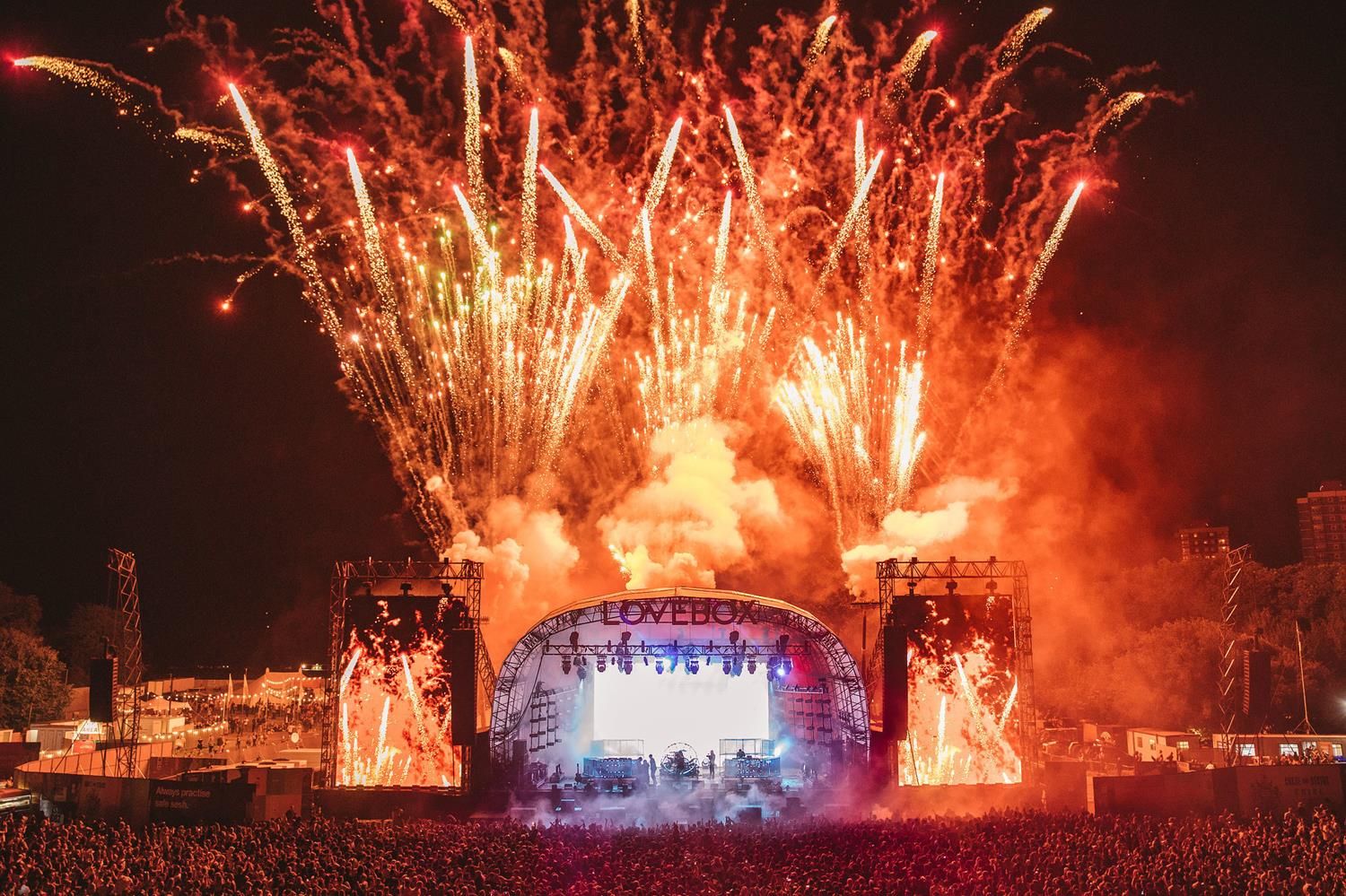 A second round of sold out crowds took in sets from a dazzling line-up led by an extraordinary billing of homegrown talent, including the aforementioned Chase & Status, plus Annie Mac, Jess Glynne, Kano, DJ EZ and Andy C.

The Main Stage got the crowd going with appearances from dance-rock newcomers Club Drive, followed by fast-rising popstar RAYE, the hotly-tipped Anne-Marie, and global sensation Jess Glynne. The legendary DJ EZ took to the decks to get the masses in the mood for grime icon Kano – performing tracks from his latest album Made In The Manor plus fan favourites, with a full live band – and Lovebox favourite Annie Mac, who set the scene for headliners Chase & Status.

The Noisey stage was role call of the hottest acts in grime and dance. Promising new acts rapper Big Heath, DJ Klose One and producer Rude Kid (who brought on special guest Ghetts kicked things off before the showcase from XL Recordings’ New Gen, which saw a selection of the future stars of UK grime and rap take to the stage to show the Lovebox crowd what they’re all about – it featured appearances from the likes of Bonkaz, Yxng Bane, Belly Squad, 67 and Daniel OG. Enigmatic South London artist A2 stepped up next closely followed by hotly-tipped Birmingham rapper MIST and London MC AJ Tracey, who performed to a packed-out crowd. The atmosphere was set for a triumphant appearance from hip hop comedy crew Kurupt FM, which led, of course, to the headlining performance from the all-conquering DNB star Andy C, who didn’t disappoint with a two hour long set packed with classics.

Over at fabric, audiophiles were in heaven with high quality sound from Pioneer, and masterful sets from legends including Ricardo Villalobos, Dixon, Craig Richards, Mike Servito and Terry Francis.

Lovebox’s brand new stage Transistor – complete with awe-inspiring pyrotechnics – provided the perfect backdrops for some of the biggest names in house and techno, including Jesse Rose, Jamie Jones, Richy Ahmed and a DJ set from the mysterious Kölsch.

The JägerHaus made its debut at Lovebox with a high-energy line-up featuring the stars of tomorrow, including Ryan De La Cruz, Jaykae and Sian Anderson. Elsewhere, the Smirnoff House was yet another pocket of the Park filled with top DJs – including Oneman and Mike Skinner – and the Bandstand brought the reggae sound to the heart of the Park with Reggae Roasts, Global Local and Continental Drifts.

The VIP area, presented by Polyester, was entertained by DJ sets from Maxxi Soundsystem and PBR Streetgang, whilst revellers spun around at the Kia Roller Disco.

It wouldn’t be Lovebox without some trademark eclectic experiences. Where else could you find love on rollerskates, slay a crowd with a rendition of a song by your favourite rapper or play disco-themed golf?

Lovebox drew to a close with an unforgettable headlining set from Chase & Status. The dance duo stunned crowds at their last appearance in 2014, and this appearance somehow surpassed that. With an assortment of incredible guests including Kano and Emeli Sandé, fans were treated to a breathless rendition from their 14 year career, as well as previews from their aniticipated forthcoming album. It was a fitting end to an incredible weekend – celebrating 15 years of music, 15 years of good vibes and 15 years of love.

Back in 2002, Groove Armada and our own Jools were sitting in a pub, lamenting the London parties scene. They were playing gigs and clubs everywhere, but thought there might be a way to put on a different kind of show in London, with more exciting line-ups.

It started with a box of records and a pack of Post-its – heart-shaped ones were the only type to hand. The record box became the ‘Lovebox’, which became an album, and then the first party was thrown in an old strip club off Tottenham Court Road. Then followed a residency at 93 Feet East, succeeded by a stint in Ladbroke Grove, and Lovebox was selling out two weeks in advance with hundreds turning up at the door.

A year later, this success led to a one day special on Clapham Common for 10,000 people. The year after was 20,000. A combination of solid musical reputation and a complete lack of inner London park festivals proved a potent recipe. Then in 2005, Lovebox moved to Victoria Park, spread itself over two days and the festival you know was born.