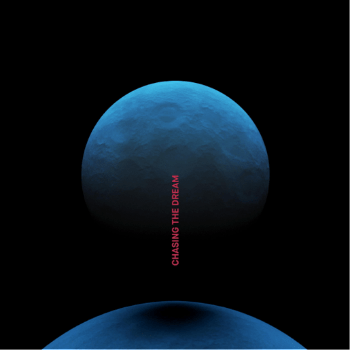 Opening with the brooding and thought-provoking cosmic stabs of the aptly titled ‘Inception’, Woo York guide you through a fluid-like path across ‘Chasing the Dream’, offering fluttering synths on ‘Walk Along The Rainbow’ and a rattling percussive core to ‘There Is A Light.’ Their signature 303 magic hints at acid on ‘Through Peaks and Valleys’, and there is ice-cold ambience to finish in ‘Rise’ and an alternate mix of the title track.

Local heroes in their hometown of Kiev since 2009, Andrei and Denys have honed their trippy, melodic techno through a string of releases with the likes of Dystopian, Afterlife and Life And Death. They’ve performed numerous showcases around the world with a club and festival portfolio that resulted in their debut listing in Resident Advisor’s Top 40 Live acts for 2016. Enjoying a close relationship with Tale Of Us, Woo York have played numerous Afterlife events, appeared on both Afterlife compilations and also remixed Tale Of Us' album, Endless.

A landmark within the Realm Of Consciousness, Woo York’s ‘Chasing The Dream’ album is set for release on 4th May.

“While playing live we try to experiment a lot and create melodies and sequences on the fly,” added the pair. ”You have these ideas when performing and then recreate them in the studio. When it came to making this album, we were using the same instruments as we use while playing live to give it that authentic feel.”

Moving between pure dance floor techno and more experimental material, Woo York’s hardware driven live performance shows an experience and dexterity that allows them to challenge a crowd’s perception of contemporary live performance. Their aesthetic, although rooted in techno, is left-field focused and driven by electronic music’s vast influences; from the avant-garde to the fundamental creators of Detroit, Berlin and beyond.

Digital Tracklist:
01 Inception
02 More Than a Feeling
03 Through Peaks and Valleys
04 Burning With You
05 Energy Pulse
06 Kadastre
07 Equilibrium
08 Walk Along The Rainbow
09 Second Breath
10 Chasing The Dream
11 There is a Light
12 Rise
13 Chasing The Dream (Instrumental Mix)

Vinyl Tracklist:
A1 Inception
A2 More Than a Feeling
A3 Through Peaks and Valleys
A4 Burning With You
B1 Energy Pulse
B2 Kadastre
B3 Equilibrium
C1 Walk Along The Rainbow
C2 Second Breath
C3 Chasing The Dream
D1 There is a Light
D2 Rise
D3 Chasing The Dream (Instrumental Mix)