Check out the visuals for Isaac Butler’s new single “Paranoid”

Check out the visuals for Isaac Butler’s new single “Paranoid”

Following the release of his animated new cut “Paranoid”, Dublin based singer/songwriter Isaac Butler drops the visuals for the new project.

Filmed in isolation at his home in Dublin, the track is packed with buoyant summer melodies and smooth guitar licks. “Paranoid” is a reflective piece from the young artist, candidly detailing the breakdown of a romantic relationship. “‘Paranoid’ … it’s exactly that! It’s about a relationship I was in and totally had the feeling I was getting messed around, but constantly being told that nothing was going on” he explains.

“The music makes it feel like a pretty upbeat track but ironically it’s a lot more cynical than it sounds. It’s about being at peace with something in my past and using what I learned from it. I like that I’m more aware, getting paranoid is a way for me to step back and suss out the situation.”

“Paranoid” was selected for ‘Track of the Week’ by Dioreann & Eoghann for 2FM’s ‘The Breakfast Show’ during the first week of release, and was chosen for the ‘Select Irish Track of the Month’ for June. 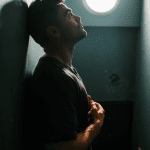