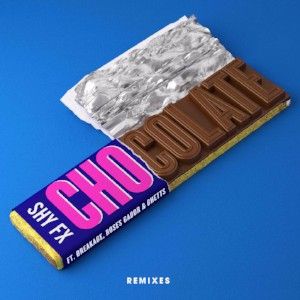 London-born producer and DJ Idris Elba has unveiled two brand new remixes of Shy FX’s highly acclaimed track ‘Chocolate’, featuring Roses Gabor and Ghetts plus co-produced with Breakage. Idris, producing under his Driis moniker, displays his diverse production skills, with two dynamic interpretations of the original in the form of the Driis 7 Wallace Mix, and the Driis Sugar Zaddy Mix. The former, a deep beat-ridden track, focuses on piano chords to give the production a pumping house flavour, with the latter showcasing Driis’penchant for more bass-inspired sounds, utilising a high tempo and urban bass influences.

The original version of the single from legendary DJ and producer Shy FX, first played as Annie Mac’s ‘Hottest Record’, has been garnering much attention since being released. Also labelled as Mistajam’s ‘Jam Hot’ track, the production features the enticing vocals of Roses Gabor, who has contributed to many songs, most notably with the Gorillaz. Ghetts also lends his signature, quick-fire biting vocals to the track, backed by a hefty bassline from producerBreakage. A key player in UK grime scene, Ghetts is the brain behind grime collective ’The Movement’ which included artists like Devlin, Wretch 32 and Scorcher.

Shy FX has proved his status as a tastemaker and innovativer time and time again with his constantly evolving sound. “I'm blessed to have 20-odd years of musical history”, he said. “And deeply proud of everything I've done, but as ever I'm always looking forward! Right now I'm in a place where I feel like I'm a brand new artist, making music I've never made before… I want to create something that can't easily be put into a genre, mixing tribal elements, experimenting with grooves, arrangements, harmonies, and not forgetting VIBE.”