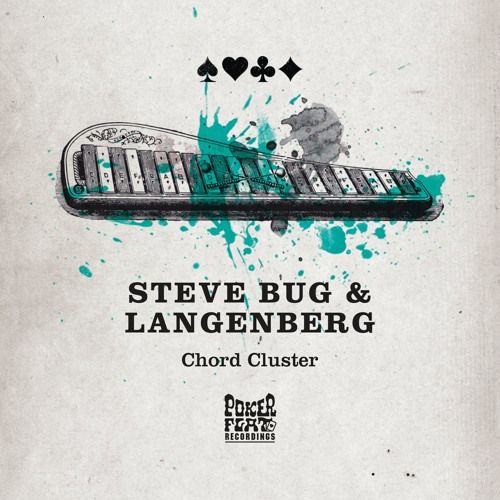 Langenberg has released an unfathomable number of dancefloor fillers under various monikers on labels such as Drumpoet Community, Mule, Ovum or Styrax Leaves – and recently released his debut album Central Heated House on Dessous. Langenberg is also one half of the project Ribn.

'Chord Cluster' has summer anthem written all over it: deep yet euphoric, spacy yet danceable, and ultimately a deeply emotive piece of house music that will bring smiles to faces all year. The rhythm track is tight yet remains loose and funky, while the pads and synths dip into just the right amount of acid to keep the ravers lost in the moment.

'The Teaze' treads similar ground – arpeggiated pulses lead the arrangement, while a Chicago-influenced groove brings a shuffle to proceedings. The joy in the track is evident: it's clear the guys were having a lot of fun in the studio.