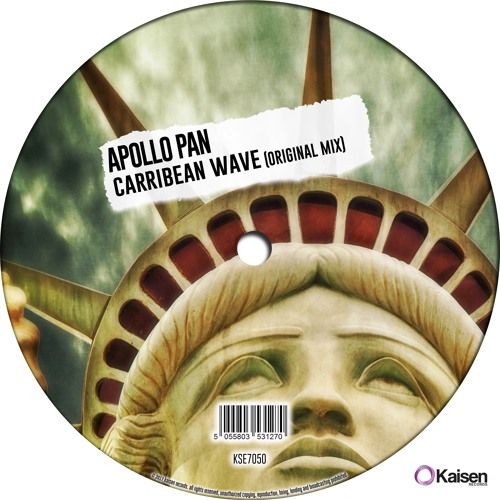 Up next on Kaisen Records is a debut from Apollo Pan with ‘Caribbean Wave’, which serves up some serious tropical summer vibes to end the summer with a bang! Beautiful funky samples with low pitched piano chords and hard-hitting horns are fused with a heavy House beat of thumping kicks and shuffling hi hats which will not fail to keep your whole body moving. Even if the summer has ended, Apollo Pan knows how to make it last longer!

Apollo Pan, Apostolos Panagiotou, is a Greek DJ and producer based in Nuernberg, Germany, and is a producer with some serious Tech House grooves in his arsenal. Being on the scene for quite a few years now, he has gained huge support from artists such as Promise Land, Feenixpawl, Leandro Da Silva, Kid Massive and loads more. He has released an array of bangers on respectable labels such as Armada, Black Lizard, Get Down Recordings and Area 94! This is an artist not to underestimate with already an impressive showcase of experience. Kaisen Records are sure lucky to bag a release! Stay tuned for more tunes from Apollo Pan!