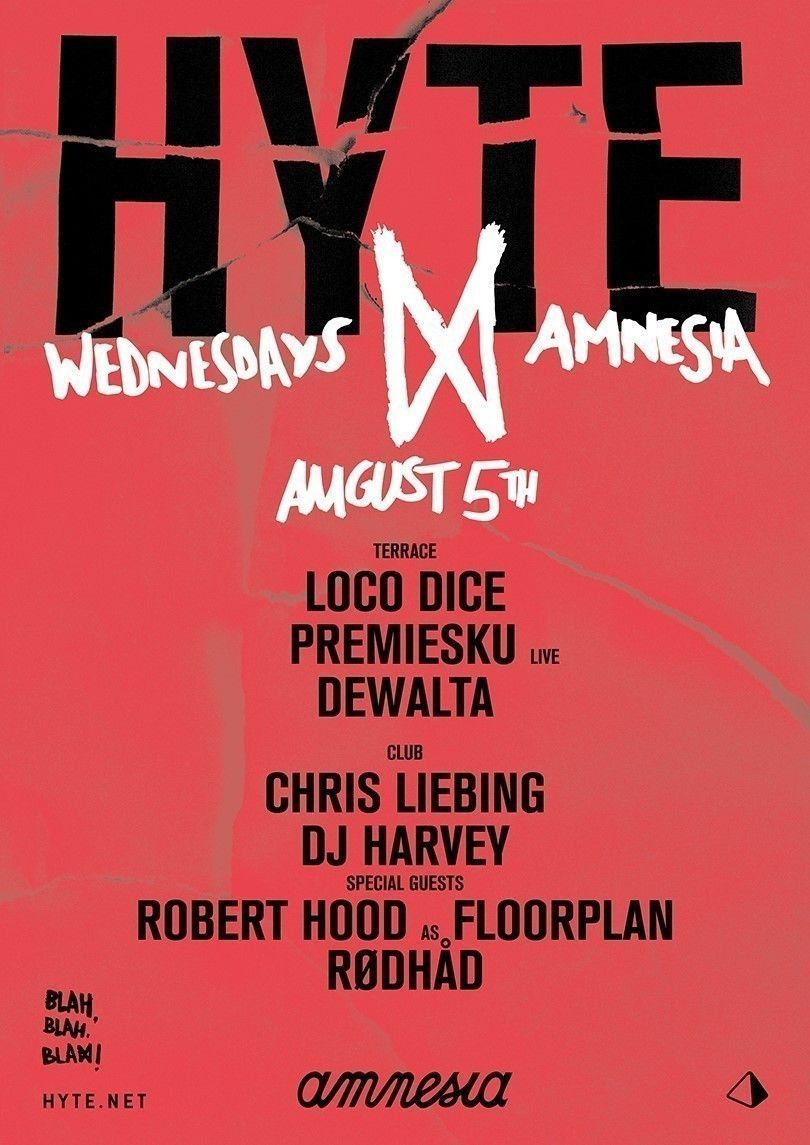 Chris Liebing joins the line-up for HYTE Ibiza Week 10 at Amnesia, turning what was already an explosive line-up of house and techno heavyweights into an unmissable who’s who of legends and newcomers alike.

Island favourite Loco Dice, Romanian trio Premiesku (live) and Berlin’s DeWalta take charge of the terrace for what is sure to be an emotionally charged rollercoaster.

HYTE Ibiza is currently mid-way through its massive 18 week residency at Amnesia. Running until 30th September, HYTE has brought together a selection of artists that collectively represent a new movement in Ibiza clubbing culture. Loco Dice, Maceo Plex, Chris Liebing, Pan-Pot, DJ Harvey and DJ Tennis all join for dates throughout the season, as well as DeWalta, Amnesia favourites Mar-T and Cuartero, and Ibiza’s new hero, WHO.

The lineup of guests runs deep; from legends such as Robert Hood as Floorplan and Kenny Dope, to big hitters from the underground such as Marcel Dettmann, Rødhåd and Anthony Parasole. Island vibes come courtesy of favourites such as tINI, Guti and Point G AKA DJ Gregory. DJ Koze, Mano Le Tough and John Talabot each bring their own eccentricity into the mix, with Matthew Dear, Bicep, Job Jobse, Monoloc and Harvard Bass all creating a spectrum of diversity from melodic pop grooves to heavy hitting bass.

HYTE presents a musical vision that is crafted from the warehouses, clubs and beaches around the world. The original flavour of the island with the language and sounds of today.