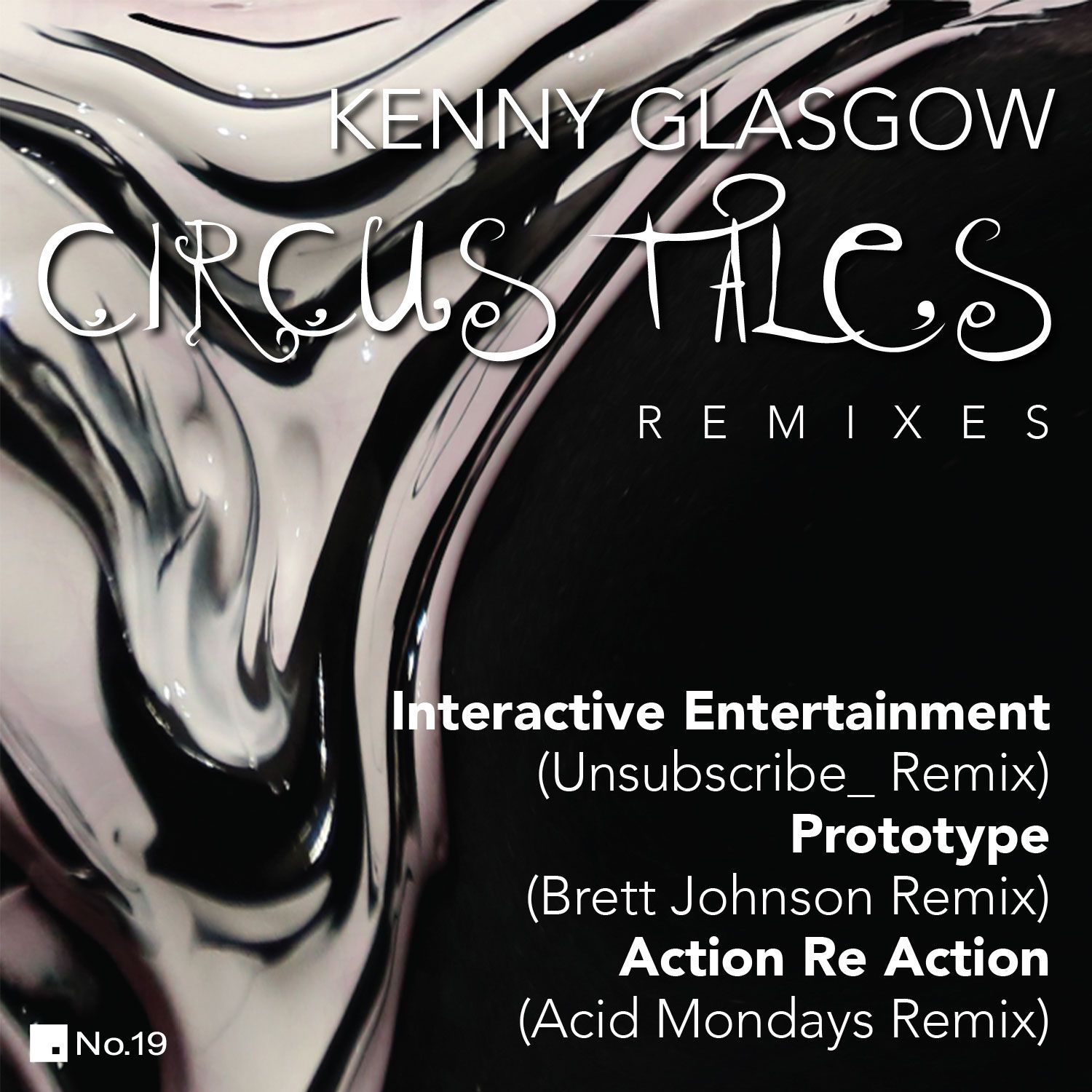 After the success of his latest solo album, “Circus Tales”, Kenny Glasgow now gets the remix treatment from a selection of scene heavyweights. They are the legendary techno icon Dave Clarke in his Unsubscribe guise, as well as Ibiza based duo Acid Mondays and legendary house man Brett Johnson, all of whom offer up something refreshingly different.

Glasgow, of course, was long part of Art Department but recently went solo, launching a critically acclaimed 2nd artist album under his own name. The Toronto mainstay and his trademark vocals and ghoulish tech sound have fans all round the world and add real feeling to dancefloors everywhere. As such it is no surprise this heavyweight selection of producers were keen to get their hands on his material.

Iconic Brit Dave Clarke, a veteran of the scene and pioneer of many techno and electro styles, goes first. His Unsubscribe moniker, alongside dutch producer Mr Jones, has found him reworking the likes of Detroit heroes including Octave One amongst others. Here they tackle ‘Interactive Entertainment’ in excellent fashion and flip it into a writhing affair with brilliantly bleepy melodies, tense techno drums and futuristic sci-fi vibes. this is sure to make your hairs stand on end and no mistake.

Brett Johnson is a real house music star. The American has been kicking out jams since the 1990s on labels like Classic and Freerange and really knows how to jack up his beats. It is ‘Prototype’ he turns his attention to here and the essential result is a thirteen minute house opus that takes you on a musical trip. Cosmic synth lines, trippy vocal sounds and squelching pads really lend it an intergalactic feel as the rubbery drums roll on below and send crowds wild.

Acid Mondays are fast-becoming an Ibiza institution. The DJ duo of Negghead & Lex Wolf have years of blissed out Balearic experience and now play regularly at Circo Loco as well as putting out music on Cocoon, Illusions and Circus. Their standout version of ‘Action Re-Action’ is a slick and punchy techno jam with fluid grooves and Glasgow’s freaky vocals wrapping round each other in perfectly hypnotic fashion.

All three cuts here offering something exciting and different and are sure to find favour with DJs and dancers all over the globe.