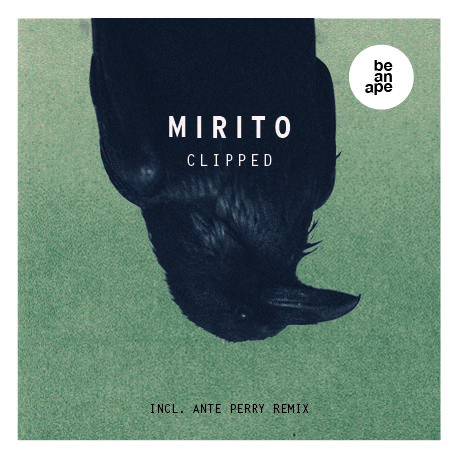 Born in 2013, Be An Ape has since released sultry house from the likes of Mono Negro, Erhan Kesen, Jonathan Kaspar, Mahan, Flo MRZDK and Monotunes. At the helm of the Dortmund based imprint is Ante Perry; an experienced producer well known for appearances on Moonbootique, Kraftek, KATERMUKKE, Great Stuff and Kittball, not to mention numerous collaborations with close friends Tube & Berger. German producer Mirito now joins the Be An Ape roster in his debut release.

With a dusky vocal at its centre, ‘Clipped’ meanders forward using soft percussion and poignant piano chords whilst subtle bass throbs rumble throughout. Ante Perry then reimagines the original with a suspenseful intro featuring a medley of glitchy effects, fuzzy notes and intricate nuances before developing into an emotive dancefloor workout.