Tink Vs My Digital Enemy - Clocks 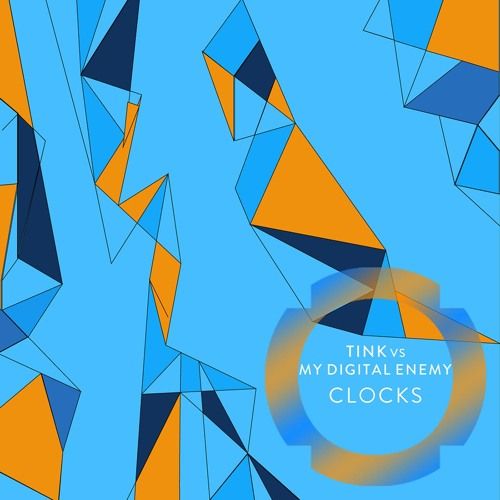 Tink Vs My Digital Enemy - Clocks

My Digital Enemy have unveiled their latest collaboration with Chicago’s Tink, ‘Clocks’. The track is out now on Danny Howard’s new label, Nothing Else Matters.

The duo have effectively fused their signature bass house sound with the RnB singer’s sultry vocals. Led by a 2 step beat, Tink’s song leads the intro, with the ‘round the clock’ refrain echoing into a breakdown filled with garage-style bass wobbles.

After a summer that took in dates in San Francisco, Seattle, and EDC Las Vegas, it’s fitting that My Digital Enemy have produced this successful transatlantic collaboration. ‘Clocks’ is an exciting addition to the Nothing Else Matters discography.

About My Digital Enemy
Having carefully paved their way into the Beatport charts and club sets around the world, My Digital Enemy started 2016 with a credible back catalogue of records and collaborations that have received on-going support from the likes of tastemakers such as Pete Tong and Annie Mac for tracks including ‘On A Ragga Tip’ & ‘Jack My Body’. With releases on Toolroom, Spinnin’ Deep, Size Records’ sister label X as well as curating and running two imprints Zulu and Vudu records, My Digital Enemy certainly earned their signing to Insomniac Records in the US.

About Tink
Ahead of her debut album release this year, 21-year-old American rapper and songwriter Tink has taken the music industry by storm following a series of Mixtapes. In 2014 – international record producer, singer, songwriter, rapper & DJ – Timbaland signed her to his ‘Mosley Music Group’ (an imprint of Epic Records) and has since continued to spearhead her into the limelight. Now teaming up with My Digital Enemy, Tink brings her sound across the Atlantic for the monstrous release of ‘Clocks’.