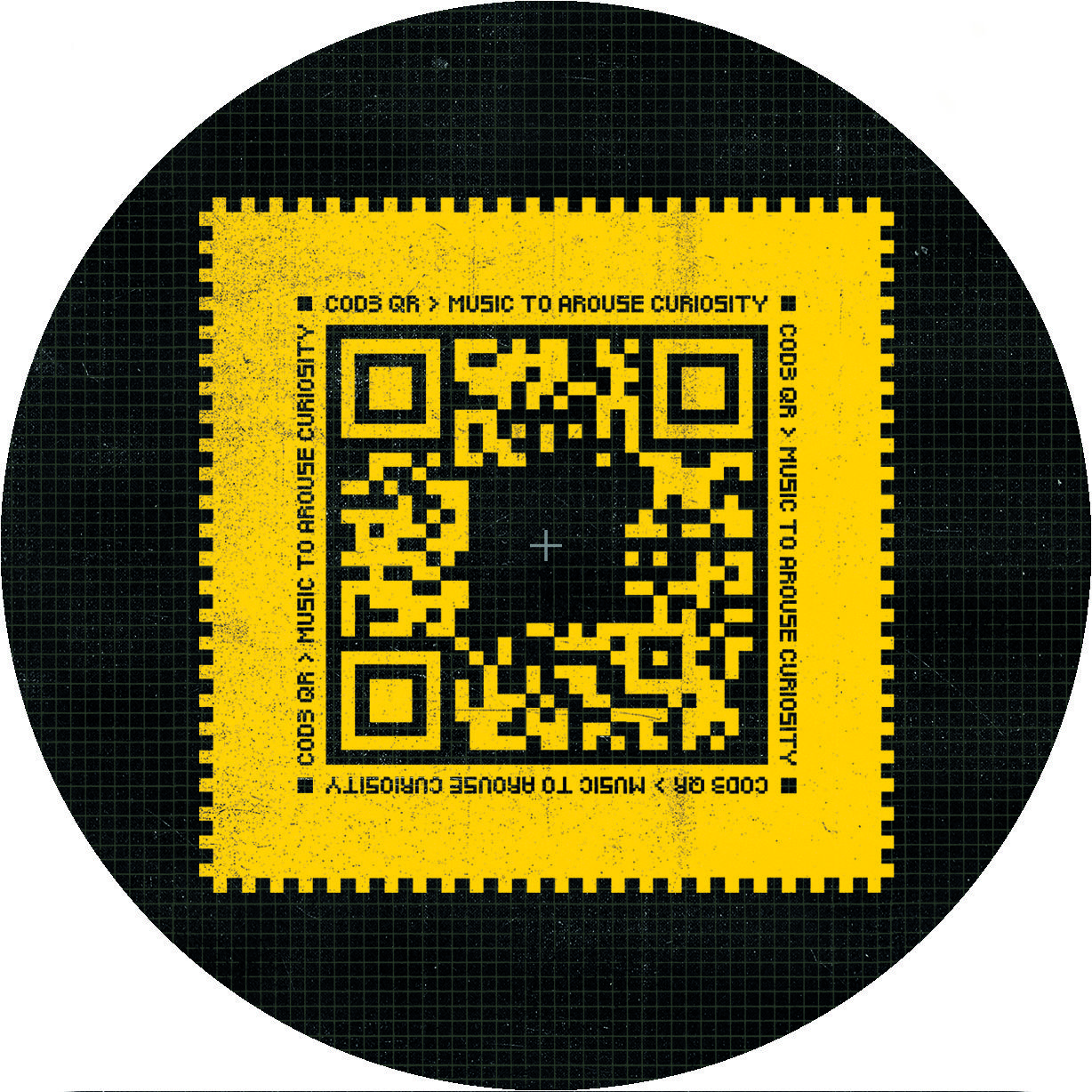 Over the course of the last few months a small coterie of DJs have been armed with specially encoded secret weapons.  From clubs and festivals across the globe, COD3 QR 001 & 002 have been road tested, extensively scrutinized and passed fit for public intrigue…

For now the artists are known only via their encrypted aliases.  This is Music to Arouse Curiosity.  Quite simply, Cod3 QR (Code QR) puts the music first.  The who, the what, the where will be revealed over time on the label’s website but for now we venture into the…?

The people behind the label remain in the shadows, curating for the curious, the seekers, the adventurers and the brave.  Cod3 QR is about going back to basics.  About that feeling of discovering hidden gems and long sought after oddities.  Not knowing who made what.  If it’s good, it’s good.  The music is the message.

Music is our sole driving force.  Eclecticism, open-mindedness, divergence and non-conformity are the values we cherish.  To achieve this, 3 or 4 artists from different musical backgrounds will come together on each release.

All of our artists, whether known or unknown, will work under a secret code name so that their true identities remain out of the public domain to avoid any preconceived ideas or a particular bias.  By doing this, the music will always come first.  Each release will be identified by a simple QR code, which, when flashed, will take you to a web page that will give, among other things, the artist's code name.

In the current market, most digital and vinyl sales occur over an average period of 2 months.  Once this time period has elapsed, the true identity of each artist (if they wish) will finally be revealed on our web site.  It is only then, two months after the release that the artists will be allowed to start communicating.

Contrary to the usual practice, COD3 QR will search out artists rather than the other way around, so it won't be possible to send us music.  The founders of COD3 QR will also remain anonymous because their identities must not affect the image, expectations or perception of the label.  To ensure anonymity, all of our artists will sign a contract agreeing to keep silent or be economical with the truth about the identity of those behind the label and the artists.

The music alone will be the reason why we sign an artist, and we want music to be the only reason for people to take an interest and engage with the label.  For this to succeed, we must remain free of all expectations and all prejudices because only one thing counts: the music, The Music, THE MUSIC in every shape and form!

Cod3QR001 is released on 7th December