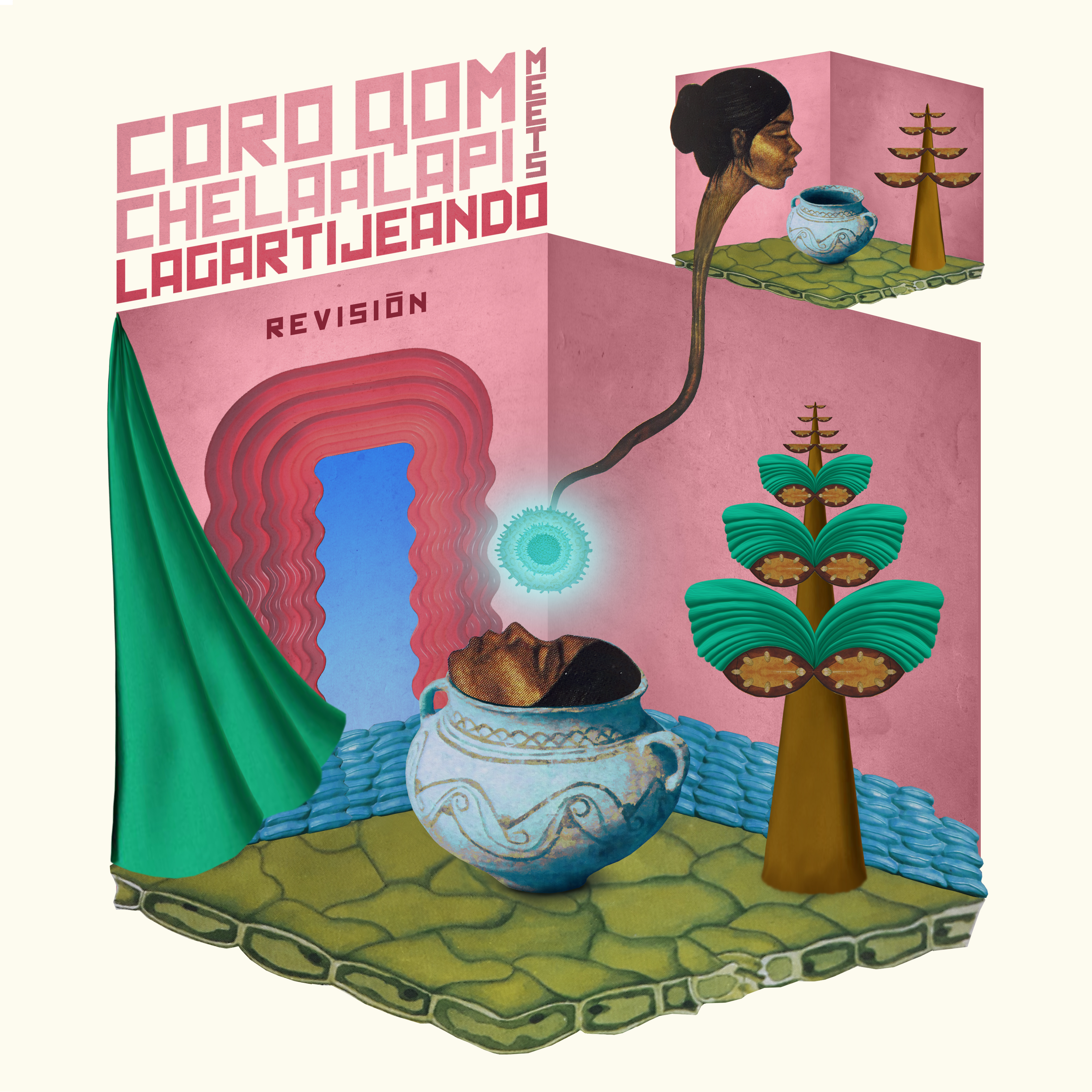 Synonymous with pushing the Latin electronic scene forwards with contemporaries Nicola Cruz and Chancha Via Circuito, he signed to ZZK records (Nicola Cruz) in ‘09 and went on to release on Waxploitation (Gnarls Barkley) and Wonderwheel (Nickodemus) where his album was in the Bandcamp top 100 albums of 2017.

Lagartijeando has now produced a very special EP with a choir from an indigenous tribe called Coro Qom Chelaalapi.  The choir formed as a means of passing down their culture to future generations in the absence of any formal records.  They have been declared a living cultural heritage by UNESCO.

The original songs have a mythology and their bespoke instruments have deep significances.  The nivike is a single string violin (representing the sounds made by a jaguar sharpening its claws on a tree trunk) and was used as a form of communication to contact loved ones or to find love amongst the mountain dwellers.

Track 2, ‘Lapacho’ – Lagartijeando lays down a big groove to accompany the choirs’ infectious vocals.  It is about a tree that when in bloom signifies the start of marriage season.

Track 3, ‘Zorro Zagas’ is about a fictitious character who takes advantage of other people.  A rambling beat and the playful nivike are a reminder to the young not to take advantage of their fellow tribesmen.

Track 5, Klik & Frik Remix (who have previously released on Waxploitation) have produced a down-tempo dreamscape around the choir’s vocals.

Track 6, Ohxala Remix switches things up on ‘Zorro Zagas’ and turns it into a deep house stomper.