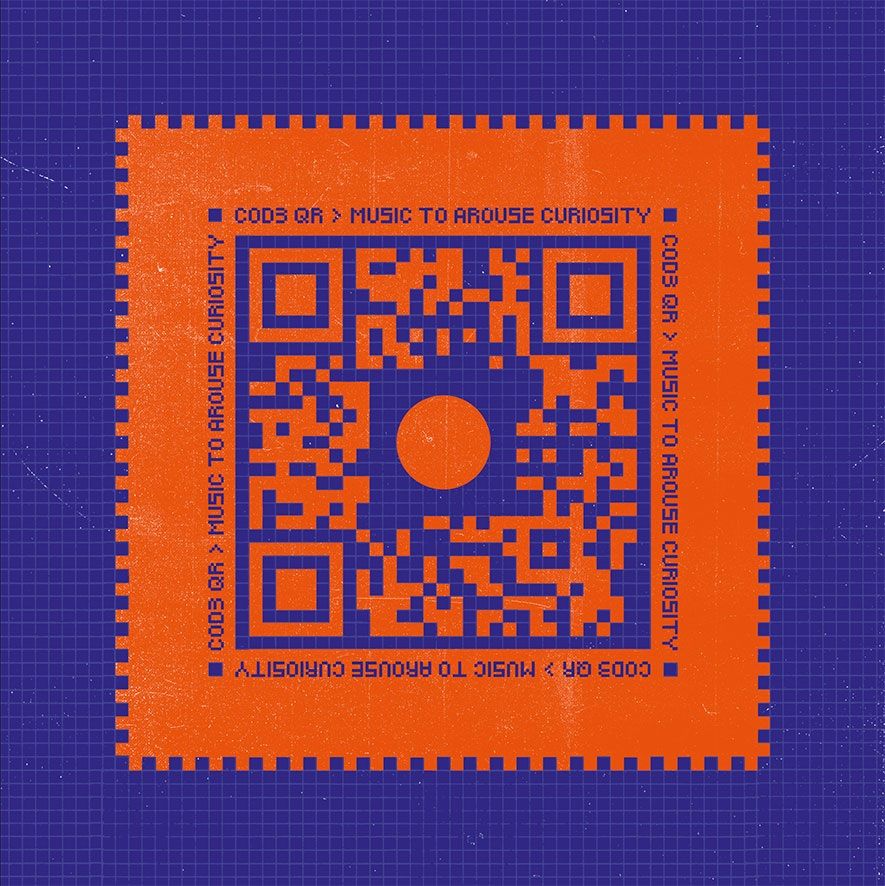 This is the second EP on the new Cod3 QR label, which launched in December 2018.

…Music is our sole driving force.  Eclecticism, open-mindedness, divergence and non-conformity are the values we cherish.  To achieve this, 3 or 4 artists from different musical backgrounds will come together on each release.

All of our artists, whether known or unknown, will work under a secret code name so that their true identities remain out of the public domain to avoid any preconceived ideas or a particular bias.  By doing this, the music will always come first.  Each release will be identified by a simple QR code, which, when flashed, will take you to a web page that will give, among other things, the artist's code name.

In the current market, most digital and vinyl sales occur over an average period of 2 months.  Once this time period has elapsed, the true identity of each artist (if they wish) will finally be revealed on our web site.  It is only then, two months after the release that the artists will be allowed to start communicating.

Contrary to the usual practice, COD3 QR will search out artists rather than the other way around, so it won't be possible to send us music.  The founders of COD3 QR will also remain anonymous because their identities must not affect the image, expectations or perception of the label.  To ensure anonymity, all of our artists will sign a contract agreeing to keep silent or be economical with the truth about the identity of those behind the label and the artists.

The music alone will be the reason why we sign an artist, and we want music to be the only reason for people to take an interest and engage with the label.  For this to succeed, we must remain free of all expectations and all prejudices because only one thing counts: the music, The Music, THE MUSIC in every shape and form!

COD3 QR 002 is released on vinyl, download and streaming from 22nd February.