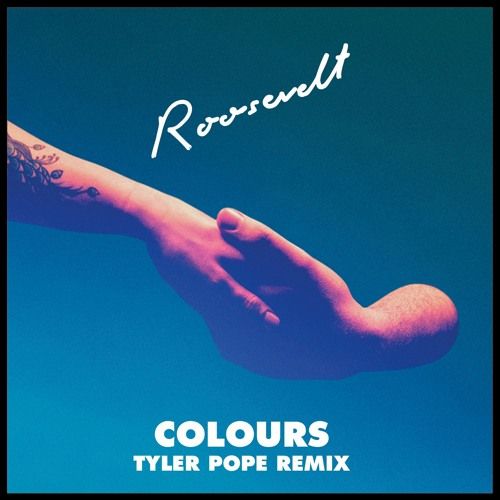 Marius Lauber AKA Roosevelt recently released his self-titled debut album to worldwide critical acclaim, including praise from Pitchfork, The Guardian, The Wall Street Journal, The Independent, NPR Music, among many others, and just kicked off a North American tour with sold-out shows at LA’s The Echo and San Francisco’s The Chapel. Other upcoming dates include Seattle, Chicago, Toronto, Boston, a sold-out show at NYC’s Mercury Lounge (9/27) and a soon-to-sell-out show at Rough Trade (9/28), and more- see below for a full schedule. Today, Roosevelt shares a new remix of the single “Colours” by Tyler Pope of LCD Soundsystem. Pope says: "I really liked the melodic sensibility of the original track so it was easy for me to remix. I imagined my remix to be a combination of the pop disco that was already there mixed with techno.” Listen here: (LINK)

At radio the record has been making waves at both college and AAA formats in the US, garnering airplay at great stations, like KCRW, KEXP, WXRT, and WFUV, and hitting the Top 5 of CMJ’s RPM/Electronic chart and hitting #33 on CMJ’s Top 200 (overall airplay) Chart.

City Slang On the Web:
http://www.cityslang.com/

Greco-Roman On The Web:
http://www.greco-roman.com/