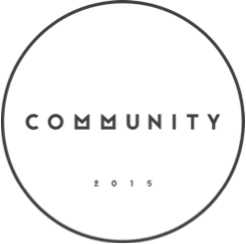 Community Festival has rounded off an unforgettable inaugural year, taking over 18 venues across Shoreditch and Hoxton for three days of music, industry showcases and talks, the new East London festival showcased acts set to define music in 2016.

Tuesday 3 November saw the festival kick off with a series of shows across venues around London’s cultural hub, cementing itself as the ultimate offering of new music discovery. Fresh after exploding onto the scene in recent months with debut album Dopamine, BORNS took to dance-mecca XOYO to astound a sold-out crowd, while Sunset Sons played a suitably sweaty show at Red Gallery with hot prospects LANY and The Beach in support. Elsewhere, Nothing But Thieves and Lianne La Havas played remarkably intimate shows at The Old Blue Last and Village Underground. Acts including Samm Henshaw, Rat Boy and Communions also added to the first day’s offerings of future

One of pop music’s most talked about new figures, Petite Meller looks poised to become a superstar in 2016, and this was effortlessly supported at her extravagant show for Gigwise Presents at XOYO on Wednesday 4 November. The Japanese House wowed a crowd at The Courtyard Theatre, her stunning performance reminiscent of catching Bon Iver in the early days for a show in partnership with The Line of Best Fit. Punk powerhouses Skinny Girl Diet also drew a raucous crowd at The Old Blue Last, with support from Strange Bones and Piano Wire, while a host of emerging talent including Blonde live, Matt Woods and Alex Vargas took over other venues in the vicinity,

Thursday 5 October continued to offer fresh talent to the crowds of festival goers taking to the streets of East London. Cargo hosted the debut UK headline show from Vince Staples eliciting a riotous reception, unleashing track after track of sublime Californian rhymes and proving why he’s set to become the next great hip hop superstar. There were further sold-out nights from indie revivalists Sundara Karma, joined on their bill by tipped newcomers Vitamin and Beach Baby, and established rock heroes Young Guns, who brought the house down at an intimate show at The Old Blue Last. Revered tastemaker John Kennedy brought his X-Posure night to Concrete with an exceptional night of freshly squeezed music, headlined by brooding romantics Palace, whilst the Red Gallery saw London In Stereo present an emphatic display from band of the moment The Magic Gang.

It wasn’t all about the ticketed events though, as In the Community took over bike shops, coffee houses, barbers and other reimagined spaces around Shoreditch for some unforgettable guerilla shows. From emerging indie outfit Blaenaevon to hotly tipped electronic mastermind Draper, the pop up shows hosted countless other stunning acts from a multitude of genres.

Alongside the Community programme of live music, was the Industry In The Community showcase, as over 50 major festival promoters and industry tastemakers from across the globe descended on Shoreditch to pinpoint the acts they want for 2016. Festival delegates from Glastonbury, Lollapalooza, Pukkelpop, Roskilde, Way Out West, Benicassim and many more joined In The Community, providing an unparalleled networking opportunity to discuss and plan the festivals of tomorrow, today.

The dual giffgaff Happenings sessions brought notable speakers and panels together to discuss the major issues set to define the 2016 festival season, with the open-table discussion hosted by 1Xtra music manager Austin Daboh and DJ Semtex on the Rise of UK Grime a particular stand-out with appearances from Grime stars Big Narstie and Fekky. giffgaff presented another live panel event bringing together Lollapalooza promoter Huston Powell, Glastonbury Talent buyer Martin Elbourne and promoters Stefan Lehmkuhl and Rich McGinnis to give insider knowledge to aspiring 18 – 24 year olds on how to promote within the music industry and get in front of key influencers.

Melvin Benn commented:
“Community Festival has been a great success this year. The festival was a great chance to showcase some incredible talent from the likes of Rat Boy, Borns and Kojey Radical. We took over 18 venues across the most exciting cultural hub the city has to offer, exhibiting the finest in our industry to festival promoters from all over the world. I’m extremely proud of Festival Republic and Live Nation’s debut venture – we’re already excited about what Community Festival 2016 will bring.”