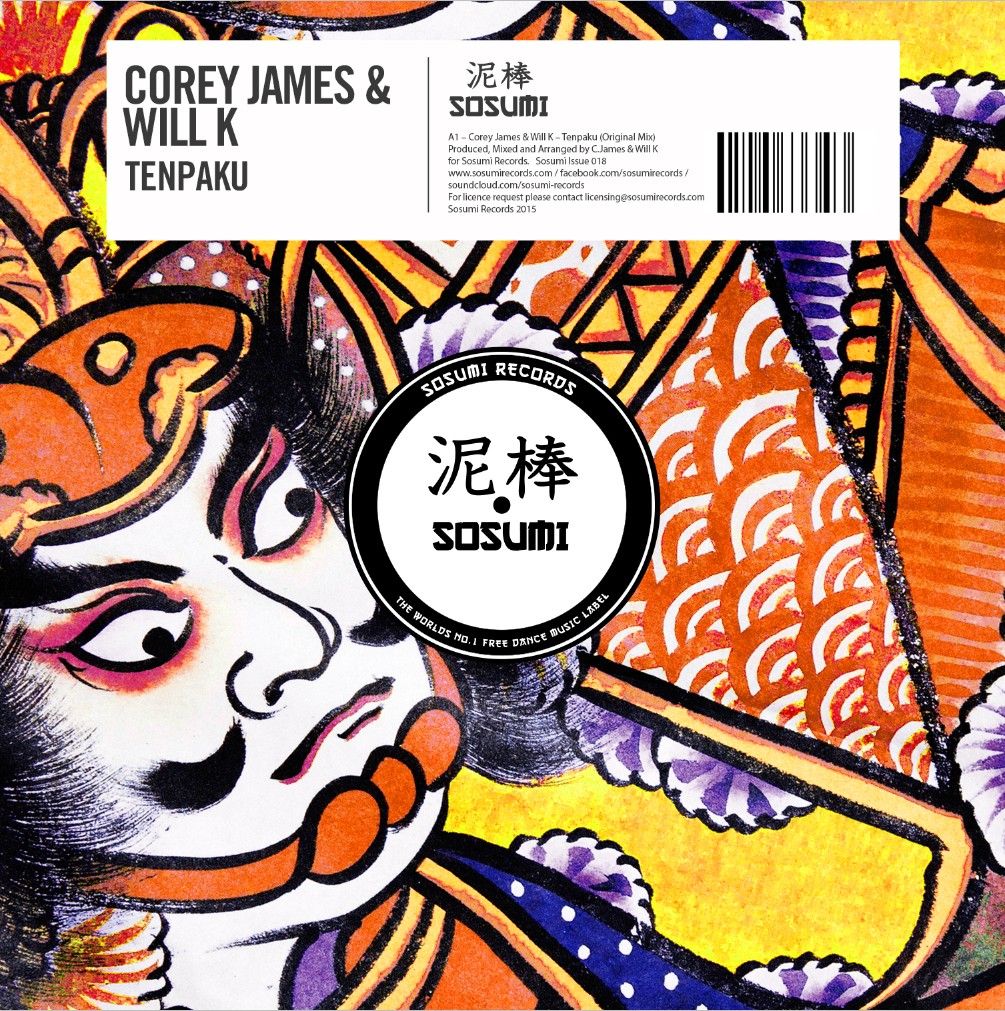 Next up on Kryder’s ever-expanding ‘Sosumi Records’ empire is Corey James and Will K. Together the two in-form, up and coming talents have conjured ‘Tenpaku’, which is to be released Friday the 3rd of July.

On the flipside, Melbourne-based whizz-kid Will K is also exuding consistency from within his productions as he is also coming off the back of a successful flurry of releases upon Armin van Buuren’s ‘Armarda Trice’ imprint via ‘Here Comes The Sun’ and ‘Banzai’.

Together, the dynamic duo have also previously collaborated together upon successful remixes of AN21 and Max Vangeli’s ‘Tonight’, which won the Size Records remix competition and also Walden and Havana Brown’s ‘No Ordinary Love’.

Their first original track together, Tenpaku, stomps in on the summer season with the drums out in full percussion. The track creates a booming, beat driven atmosphere which then reveals a tribal influenced chant from within the breakdown, before building listeners up for another explosion of energy that will take the dance floors by storm!