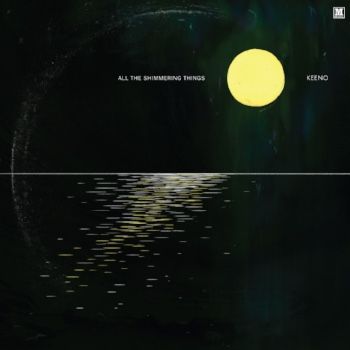 Releasing the second track ‘Cosmic Creeper’ from his coming album 'All The Shimmering Things', Winchester-born liquid d+b producer Keeno showcases his highly polished skills with a sumptuously crisp production that displays a maturity and depth far beyond his years.

Taken from his majestic ‘All The Shimmering Things’ LP, the flutterings of 'Cosmic Creeper’s' intro slowly build into a crackling euphoria that combines key piano chords with a thumping bassline.

A producer who was first tipped for stardom in 2013’s ‘Top 20 producers’ feature in Knowledge Magazine,Keeno’s debut album 'Life Cycle' received critical acclaim across drum & bass and beyond. Synonymous for his ability to add orchestral and cinematic elements to his work whist retaining a strong dancefloor impact, the UK artist has since enjoyed a meteoric rise within the industry.

A remixer of high talent, Keeno launched the “60 minutes of Med School” series on BBC Radio 1 and 1Xtra, and kicked off 2015 with another highly successful release on Hospital Records imprint Med School, releasing the 4-track ‘Preludes EP.’

His second album ‘Futurist’ was also the recipient of high praise, before releasing his 6-track EP ‘Nocturne’ featuring vocals from Louisa Bass and co-producer Whiney. With BBC Radio 1 support from the likes of Friction, B Traits and Mistajam, the EP grabbed the attention of the scene and propelledKeeno to new heights.

Having enjoyed a stellar 2017 with shows at London’s Hospitality in the Park, the Ritzy in Manchester,and Bristol’s famed venue, Motion, ‘Cosmic Creeper’ demonstrates a series of brilliantly constructed sonics, arrangements and melodies, seamlessly crafted with care and precision.

A unique and dynamic aural embodiment of Keeno’s diverse and unique talents as a producer, ‘Cosmic Creeper’ is out now and precedes the 3rd November release of ‘All The Shimmering Things’ which promises to serve as one of the finest drum & bass albums of the year.