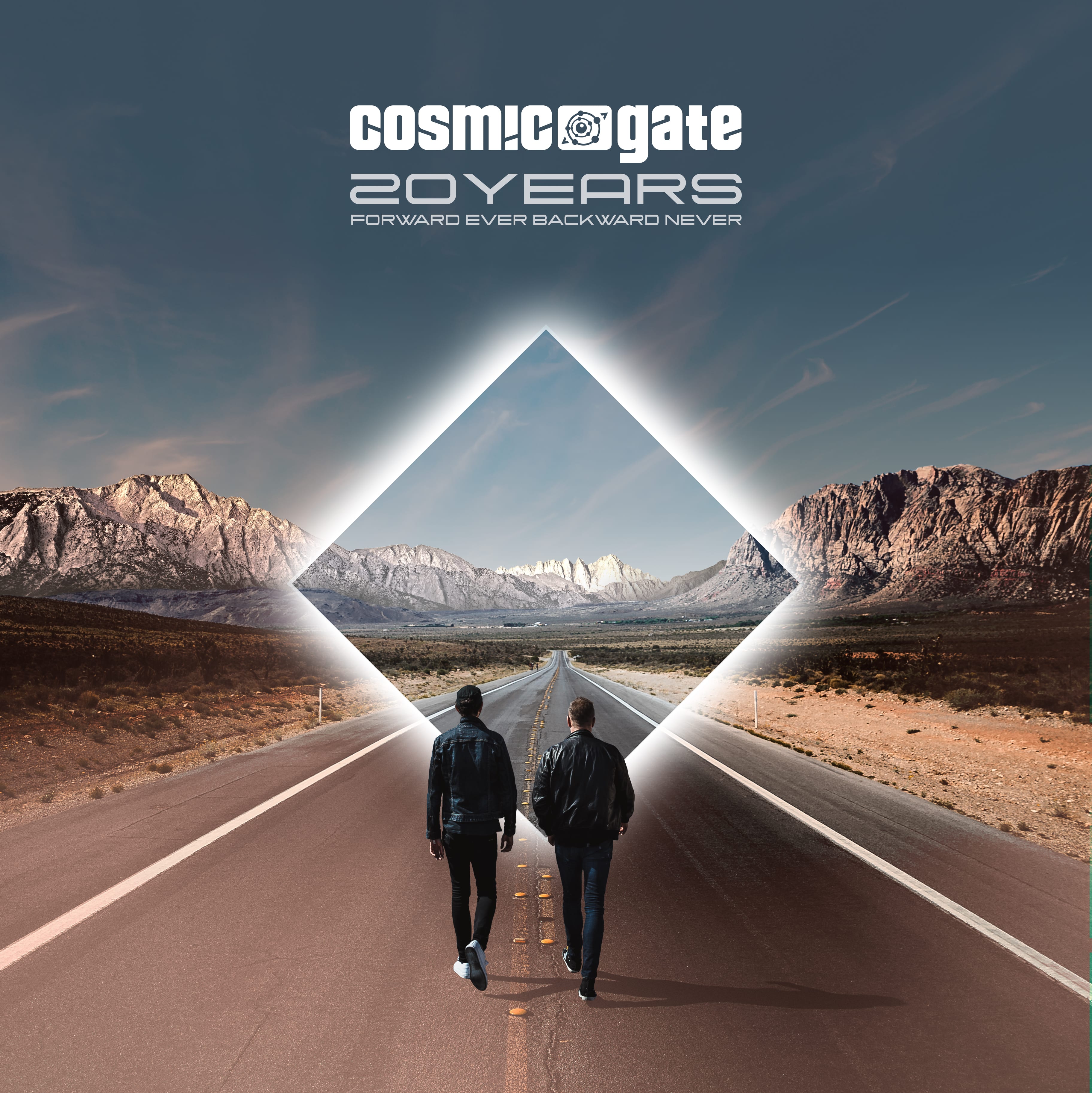 “The trick isn’t so much being lucky, but more recognising luck when it happens” suggests Nic Chagall. “Nic & I could have gotten talking in the reception area of that studio in 1999 and – looking back – might have just gone our separate ways, contemplates Bossi. “That’s not what happened though, is it?!” smiles Chagall.

2019 and 20 big ones later sees the ultimate result of that meeting: the release of ‘[Forward Ever Backward Never]’ – Cosmic Gate’s marking of twenty uninterrupted years of artistic union. Having withstood the test of time, the pair conspired a release that would at once respect the time-honoured tradition of the ‘greatest hits’ LP while at the same time giving it the wildest of insurrections. To mark the album’s release Nic & Bossi took time out to talk about that shake-up and jot down some background insights on its construction & composition.

Notably, ‘Forward Ever’s production road was actually four separate paths converging as one. “We wanted Bossi saysto mix new Cosmic Gate productions, with our own ‘2.0’ versions of previous releases, while reimagining other artists’ tunes that have been personally inspirational and sitting them alongside new interpretations (from others) of ours”.

In that latter respect, Anjunaman Andrew Bayer’s given ‘Fire Wire’ the twist of all twists, reimagining it as a sub-bass boosted, super-charged ass-shaker. For Analog Feel’, Estiva supplied one of his typically atypical modifications, developing a whole new melody system for the track. On-the-march UK producer Rolo Green has spaced-out brilliantly on ‘Human Beings’, while Grum’s upped ‘Exploration’s warp factor again – transmitting its to-the-heavens bleep to the furthest galaxies. Wake Your Minds artists Greenhaven DJs and Patrick White have supplied high minded reworks of – respectively – ‘I Feel Wonderful’ and ‘FAV’ while Genix has ridden the synth storm straight to the heart of ‘Consciousness’ (“already a set-favourite of ours” – chips in Nic).

And what of those “personally inspirational” remakes? “Well ‘Lizard’Bossi sayswas one of the tunes which left a deep impression on us when Mauro Picotto released it back in 98. At the time we were right on the verge of unifying as Cosmic Gate and it was simply a perfect hybrid between club beats and – lets say – a more pop style melody. So we contacted Mauro, and he gave his blessing to do a remix and on top release it as part of the album”. The Above & Beyond championed ‘Need To Feel Loved’ “basically started out, Nic illuminatesas a bootleg we did for our DJ shows. But after it was received so well and additionally fitted into the album’s make-up, we decided to give it a proper release”.

Hitting Beatport’s #1, getting added to Spotify’s king-making MINT-playlist and being hailed the “tune of the summer” by Armin, new CG signature tune ‘Come With Me’ has racked up accolades aplenty already.

Tracks from their oeuvre that fell into the ‘lesser remixed’ bracket, the pair held back to develop (or as they term it “2.0”) themselves. Their work on ‘Not Enough Time’ (their first with the now muse-like Emma Hewitt) and ‘The Wave’ aren’t renovations, reboots or overhauls as such. Moreover Nic says they’re “how the tracks would sound if it was first produced it 2019. So inevitably there are parts, aspects, FX, etc that came out and other elements developed alongside the new arrangements, which came in to individualize them”.