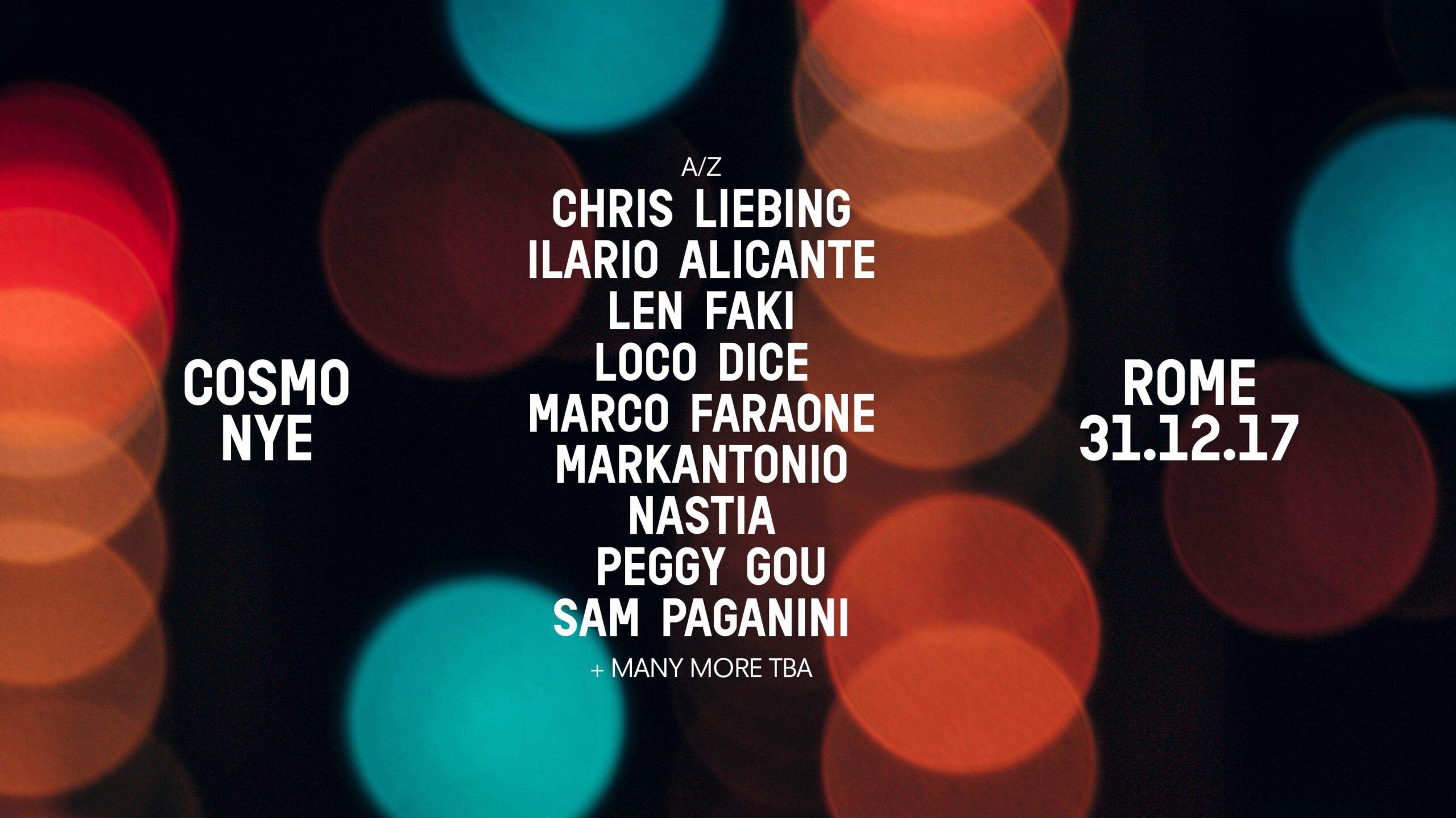 One of the biggest and best ways to welcome in the new year in all of Europe, Cosmos Festival prides itself on a tasteful lineup and atmospheric venues that boast world class light and sound.

This is a special event that plays out in the four best indoor clubs in Rome, and all of them are within 100 meters of one another. A ticket grants access to all venues so you can come and go as you please and curate your own night and soundtrack.

The line-up this year outdoes all previous years and sees world beating techno star and Berghain resident Len Faki headline. Then comes heavyweight Chris Liebing who founded the CLR label and has been at the top of his game for years, Italian Marco Faraone who is one of techno's most famous stars thanks to releases on Ovum and Drumcode, plus fellow techno fanatic Nastia from Ukraine whose skills behind the decks have taken her around the world many times over.

This is a special party that brings a seriously star studded line-up to one of Europe’s finest cities and promises to be another benchmark setting event this New Year’s Eve.