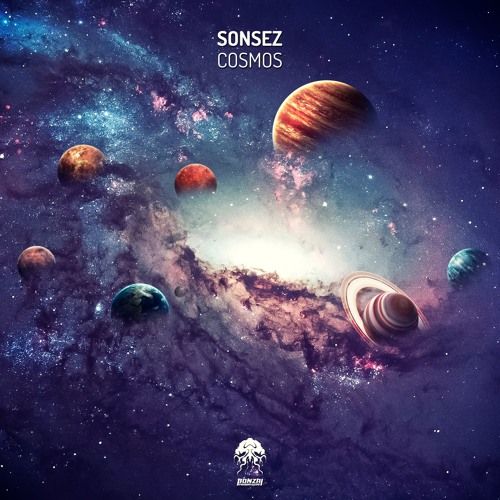 Sonsez debuts on Bonzai Progressive with the superb ‘Cosmos’, which comes backed up with remixes from Yuriy From Russia and Manu Riga. Based in Germany, Serder Sonsez Dumlu has an impressive list of releases behind him on top-notch labels including Baroque Back Catalogue, Deepsessions Recordings, Fraud Recordings and more. We saw him way back in 2013 on our Progrez imprint with his track ‘Balance’ on the Progrez 10 compilation. Great to have him back with more of his impressive talents and hopefully we'll be seeing more in the future.

The Original Mix is a wonderfully crafted slice of Prog, filled with lush sounds and trippy FX. The track chugs away with a raw energetic flavour that will draw you in and keep you locked on for the duration. Pumping kick drums lead the way while a deep powerful bass bubbles along the low end. Beautifully textured layers combine effortlessly that set the groove alight and have you heading straight to the floor. A definite must have track.

The ever-impressive Yuriy Kolomiytsev aka Yuriy From Russia returns to Bonzai Progressive on remix duties and once again he serves up a tasty treat for our listening pleasure. This guy has been a constant force at Bonzai Progressive for the last number of years. As well as his own material he has contributed a raft of remixes for a plethora of top artists with critical acclaim coming in from all angles. His current discography is extensive and he shows no signs of letting up anytime soon. Here he settles us into his beautifully defined progressive groove right from the off as swirling pads and FX take hold. A powerful kick drum takes over alongside a myriad of colourful percussions that dish out a solid rhythm. A deep probing bassline generates a pure energy that will force you to move along with the progressive groove. Subtle melodies weave through the sound creating a hypnotic vibe as that bassline dominates. An absolute stomper that will not disappoint.

Prolific Belgian artist and Bonzai stalwart Adriaan Bausenns aka Manu Riga is up next with his ‘Cosmic Bells’ Remix and proves yet again that he is a force to be reckoned with when it comes to creating masterpieces. Adriaan kicks off his 2017 in style with this one and if 2016 is anything to go by then we're in for another superb ride with his productions. With a very much respected repertoire among his peers and an ever expanding support base we've no doubt he'll deliver in the only way he knows how, with sheer quality. Here he dishes out a solid progressive mover that will certainly gain attention on the floors. The intro boasts a pumping kick drum and sharp hi hat combo alongside rising bass tones and some tough FX that generate a tangible intensity. Cool synth hits litter the sound as the track takes on its hypnotic prowess. Cosmic vibes run through the sound with the use of those superb synths and sublime pads making this a track you will not want to miss.