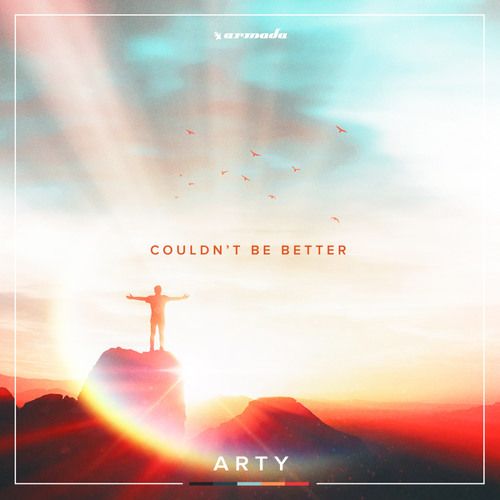 After giving rise to crowd favorites such as ‘Sunrise’ and ‘Rain’, Russian dance music star ARTY has upped the ante with another brilliant, summer-tinged production. Complete with warm vocals and infectious melodies, ‘Couldn’t Be Better’ arrives just in time to spruce up this summer’s beach parties.

Telling a story of heartbreak conquered and time-healed wounds, ARTY’s ‘Couldn’t Be Better’ “was inspired by everyone who’s been through a tough relationship, struggling to overcome it, but finally finding happiness either on their own or with a new person in their life”. A mash of strong lyrics, addictive vocals and super-danceable rhythms, this song will lift you up both on and off the dancefloor.

ARTY: “I think this is the most summer-ish song I’ve ever made and the sounds complement this feeling. It’s a bit different from the music I’ve released earlier this year, and the reason is because the shape of the song helps to translate the message in the best possible way. And even though the lyrics are a bit melancholy, it’s still a positive song that will make people feel good.”

Born Artem Stoliarov (or Arty for short), ARTY is without doubt one of electronic music’s most consistent acts. After breaking into the scene in 2009 at the age of 19, he quickly began to turn heads across the dance music realm, releasing his music on a range of top-tier labels while churning out remixes for the likes of Halsey (‘Hurricane’ – over 47 million streams), OneRepublic, London Grammar, Above & Beyond, Porter Robinson and Years & Years. Now residing in Los Angeles, ARTY performs at the biggest festivals and clubs in the world (e.g. Ultra, Electric Daisy Carnival, Tomorrowland, Ushuaïa, Amnesia Ibiza, Creamfields), clocks up millions of streams on Spotify and keeps his Trance roots alive by churning out top-drawer singles under his globally acclaimed ALPHA 9 moniker. His discography is teeming with top tunes and its next addition ‘Couldn’t Be Better’.