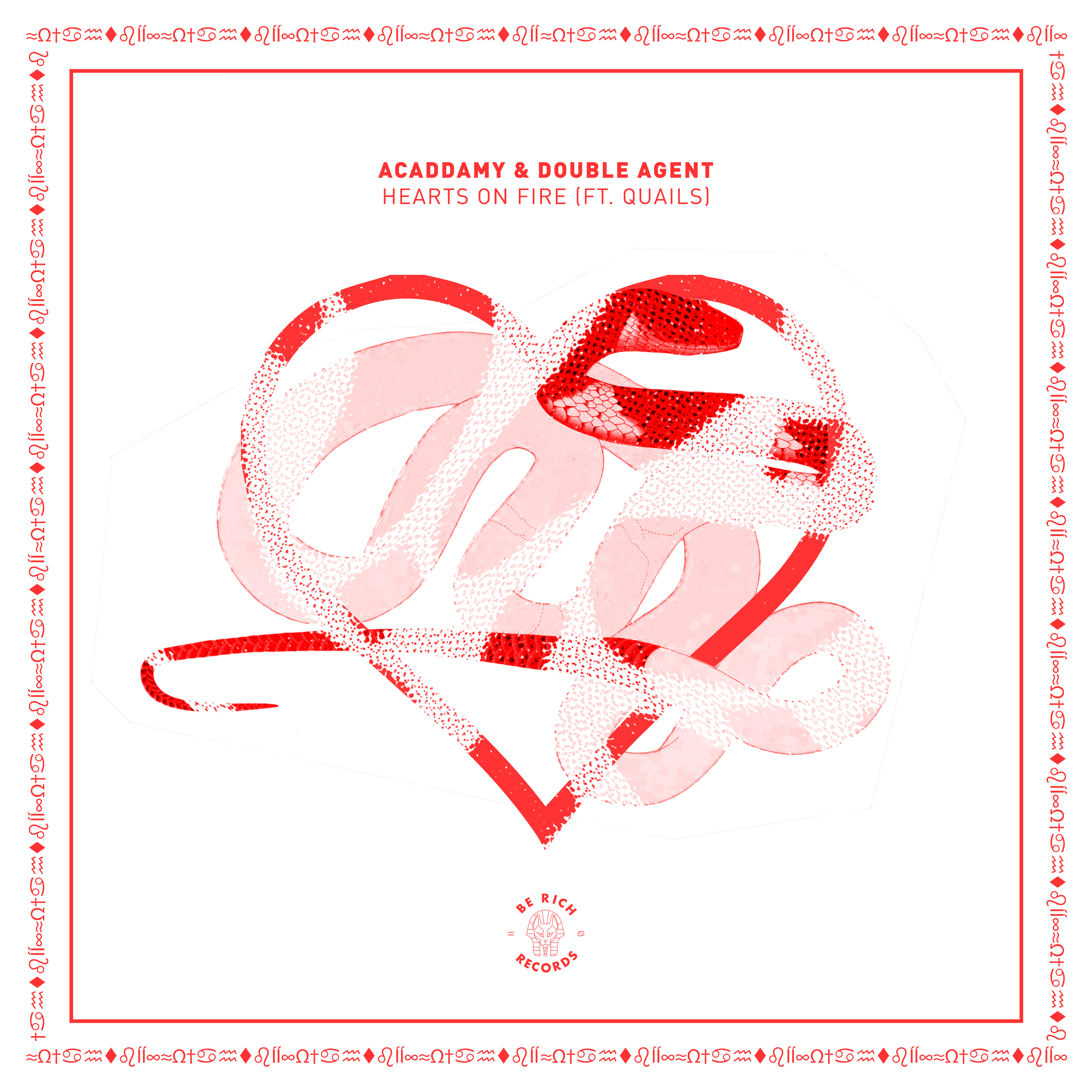 Double Agent and Acaddamy are the guys behind new future house banger, Hearts on Fire featuring vocalist QUAILS. Acaddamy has made a significant mark on the Australian house music scene in recent years with original releases and remixes for the likes of Sweat It Out, Medium Rare, Double Up, and Be Rich. You’ll find Double Agent proudly in the darkened clubs and dingy warehouses, plotting his next addictively atmospheric project.

Having played all over Australia supporting some of the world’s finest talents, Acaddamy’s previous productions have been played by worldwide heavyweights to huge acclaim. Following on from a year of huge releases, his impressive discography continues to grow with some serious speed. Acaddamy comes with a pretty hefty list of previous supporters, including monsters in the field such as Don Diablo, Oliver Heldens, The Aston Shuffle and Mike Mago.

Double Agent has come straight off the back of widely supported productions that include Satisfy Me and remixes for KLP, Benson, an Angels remix for Confession and Marc Spence & Hood Rich on Country Club Disco. As well as massive support from Oliver Heldens, Aston shuffle, Hardwell, Don Diablo and Sam Feldt, Acaddamy and Double Agent make a pretty colossal team. With the topline riding in the mix, the guys bring a well-crafted bassline to compliment QUAILS sultry vocal effort. Hearts on Fire is a rhythmic fresh house cut that holds an unashamed heat.

Continuing to spice things up, Acaddamy & Double Agent have an extra special VIP mix up their sleeves. Double Agent does more than provide the goods with a jacked up percussive groove and a growling bass line action. Hearts on Fire is the track that makes no apologies, a dual effort that is sure to leave its mark worldwide.