Above & Beyond feat. Gemma Hayes - Counting Down The Days (Yotto Remix) 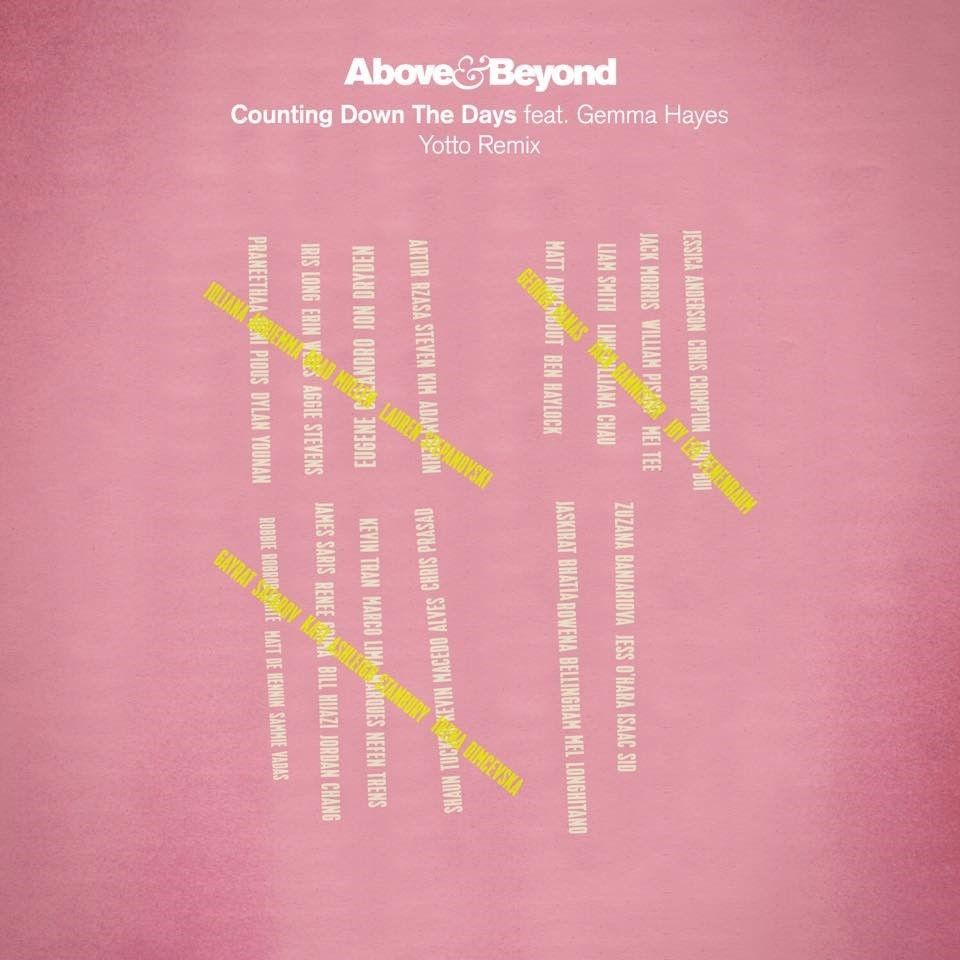 Above & Beyond feat. Gemma Hayes - Counting Down The Days (Yotto Remix)

Yotto is a bright new name in dance music, and he just had a very big week.

After garnering high praise for his ‘Memento / Azzurro’ EP on Anjunadeep, with support from the likes of Danny Howard on BBC Radio 1, Yotto makes his way onto Anjunabeats this time, receiving remix privileges on Above & Beyond’s ‘Counting Down The Days’ (feat. Gemma Hayes). Taking the track in a deeper yet driving new direction, the remix enamores the listener with soft vocals and a soothing fervent bassline.

Yotto also served as host for the guest mix on Above & Beyond’s revered Group Therapy Radio show this past Friday. With 25 million weekly listeners, the Finnish producer reached almost every corner of the world with his smooth, groove-driven house mix. You can listen to the mix now, and get a sneak peek of a couple of unreleased Yotto tracks soon to be released on Anjunadeep.