Crack Open The Eggnog With The Craft Of Daft At Snowbombing 2019! 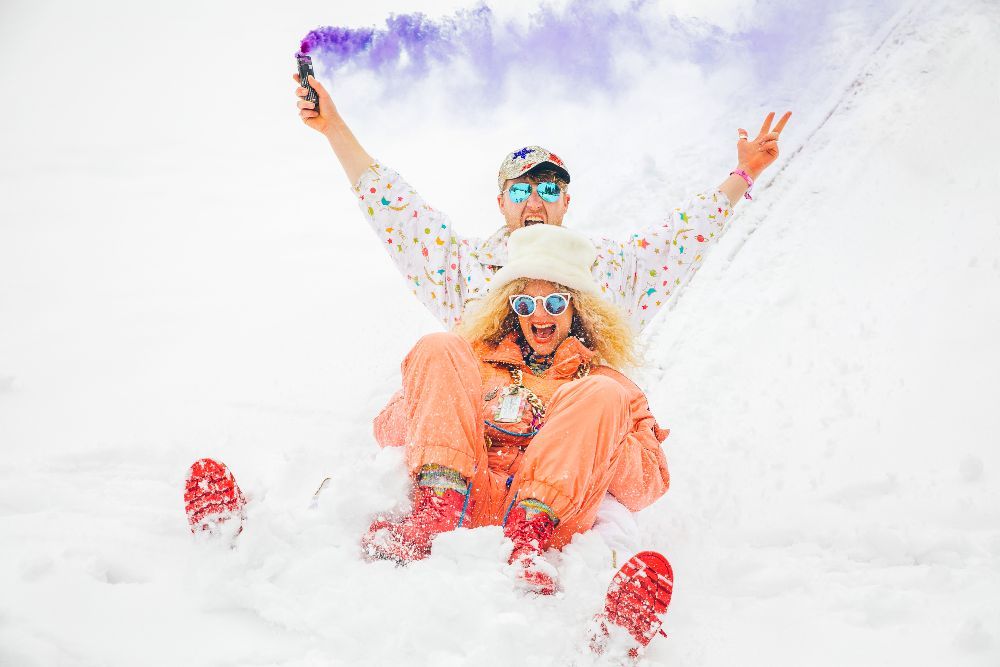 Crack Open The Eggnog With The Craft Of Daft At Snowbombing 2019!

One of the truly unmissable events of 2019, there’s something undeniably unique about the World’s Greatest Show On Snow, Snowbombing! There’s the bevvy of big names and the pop-up parties that need to be seen to be believed. There’s the breathtaking peaks of magical Mayrhofen and the carefree spirit that rings throughout the most essential week of the year. More importantly, there’s the Snowbombing sentiment – where the wonderful and the wacky come together for incredible memories, and Snowbombing’s 20th Anniversary is no different – with a string of festival favourites and newcomers alike set to make their way to the slopes.

A worldwide party sensation, Sink The Pink isn’t just any old club night – but a welcoming invite into a glitter-soaked world of freedom, expression and laugh out loud fun. With a fearless attitude of individuality, their debut at the World’s Greatest Show On Snow is the perfect way to crown 20 years of mammoth memories, with the sort of joyous coming together that’ll be talked about for years to come. Bringing a flurry of unmistakable hits for the ultimate indie singalong, Antarctic Monkeys will be thriving with a joyous tribute to one of the most influential indie bands of the millennium. The ultimate set to slot into a week of unforgettable memories, get those legs warmed up…  I Bet You Look Good On The Dancefloor!

It couldn’t be Snowbombing’s 20th birthday without The Cuban Brothers. The infectious trio are the ultimate party-starters, celebrating their own 20th anniversary last year and still firing on all cylinders with their all-encompassing show full of personality and charm. Get ready for the ridiculous, The Cuban Brothers are in town! They join fellow Snowbombing icons Pat Sharp(returning to the Fun Haus with his unabashed guilty pleasure classics) and the king of keep yourselves motivated on the mountain – Mr Motivator – in keeping the party going from sunrise to sunset. The colourful crowd of Snowbombing,The Provibers, are back to throw even more shenanigans across the hills and homes of Mayrhofen – the holders to the keys of the unexpected as they pull up to parties in kitchens, saunas and more across the week. Making a real Brass of themselves, popular Snowbombers Loud Noises return with their heavyweight takes on anthemic classics to really add a swing into the step of party-goers, Hip Hop Karaoke will serve up a collective celebration of hip-hop bangers for all to get involved with while the Dig It Sound System will be pulling together all spectrums of sound and genre for a mixing set that never sits in the same place for too long.

Kicking back after the craziness throughout the day, beloved modern yoga experts Fat Buddha Yoga will be bringing their own unmistakable take on relaxation and calm when they make their debut at Snowbombing 2019 – after all, how often can you say you’ve done yoga on top of a mountain? WithChrissy Bang Bang also joining in the fun – Snowbombing is once again flowing with unmistakable fun, unlike anywhere else on the planet.

These new names and additions join a world-class lineup of unmissable favourites and game-changing superstars all heading to Snowbombing 2019 for the ultimate birthday celebration of 2019. Lead by the unmistakable presence ofStormzy (serving up a very special #MerkyTakeover to mark the occasion), rave icons The Prodigy and the pioneer of dance culture Fatboy Slim, it promises to be a once-in-a-lifetime party like no other. From Andy C, Bicep (DJ), Groove Armada (DJ), Hannah Wants, Denis Sulta, Monki, Camelphatand Hunee, to the garage hits of Kurupt FM along with Artwork, Skream, Eats Everything, George FitzGerald, Maribou State (DJ), Solardo, Sub Focus, High Contrast, DJ Yoda, Fabio & Grooverider, Mall Grab and much more – there isn’t a lineup that can compare to this! Grab your tickets, grab your dancing shoes – Snowbombing 2019 is waiting.

Snowbombing provides the chance to party in unique locations including the Forest Stage, The Racket Club, the Arctic Disco and more, not to mention the Spas & Saunas, Paragliding, Chairlift Speed-Dating, Cable Car-aoke, Alpine Yoga, Cable Car Raves, Ride & Seek, an award-winning Snow Park, Bongo’s Bingo and Snowlympics. Visitors can eat authentic Austrian cuisine in the well-known, delicious restaurants or see the incredible sights of Mayrhofen from the skies whilst trying paragliding, all with the opportunity to stay in incredible accommodation! From 5* spa luxury hotels with rooftop jacuzzis, chalets, pensions and apartments in the heart of central Mayrhofen, to pocket-friendly, self-catered apartments and cheaper options in the surrounding Zillertal Valley, Snowbombing has something for everyone.

Serious skiers and beginner boarders alike are all encouraged to hit the slopes, with 650km of piste and the 78° gradients of Austria’s steepest slope The Harikiri (the steepest slope in Europe) is on hand for those feeling adventurous, plus lessons and plenty of beginner-friendly slopes to get to grips with for first-timers. Black runs, blue runs, beer runs – there’s something for all abilities on Mayrhofen’s powdery peak district. Snowbombing has truly redefined winter holidays and shown what the ultimate alpine music festival looks and sounds like.