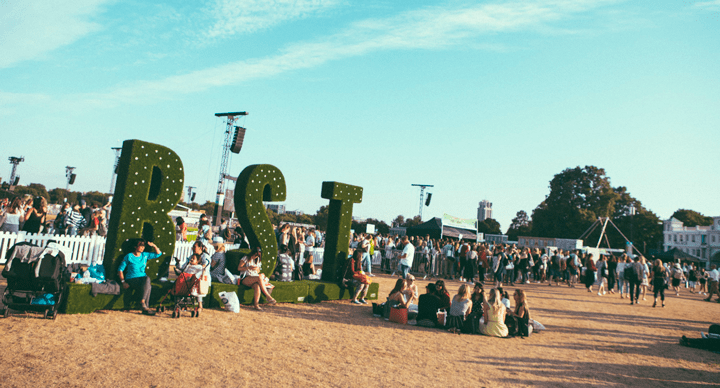 Brewers include the likes of contemporary tastemakers and flavour masters Mad Squirrel who are based at the foot of the Chiltern Hills and fixated on quality. Then there is the forward looking Lagunitas Brewing Company which started in California in 1993 and has gained a reputation for its fine IPAs and pale ales. Others include West Country cider specialists Orchard Pig who use their own home grown apples and local crew Brick Brewery, known for their sour beers and summer facing ingredients from berries to cucumber.

Street food will be of the highest quality from assured and accomplished brands such as Flankby Thomas Griffiths, who offers modern, seasonal, British cooking using an open flame barbecue plus Island Poké who bring the classic Hawaiian dish of cubed, marinated fish topped with slaw, seaweed, fruit salsas and pickles. Of course there will also be plenty of delicious wood-fired pizza, gourmet burgers and some mouthwatering British crab as well as vegan and vegetarian traders too.

On Wednesday the perfect soundtrack will come from one half of Hot Chip aka Joe Goddard; a dance music innovator who brings a colour mix of house and disco with a real sense of party. He’s played all over the world and sold millions of records so knows which tunes to pull to get people grooving. He will be joined by RAW SILK aka UK pals Grace and Steph who bring a love of boogie, soul, jazz, disco and deeply dug out delights.

Thursday is headlined by the one and only Joey Negro, a long time disco pioneer who has shaped the genre through his own productions, DJ sets and labels as well as his star studded residency at Glitterbox in Ibiza and London. One of the first to bring these sounds to the UK; what he doesn’t know about this genris not worth knowing. He will be joined by Krywald & Farrer, the guys behind the Persies Edits series, one of which has seven million hits on YouTube and is sure to get your hands in the air.

This is the ultimate summer experience for lovers of real beer and ale, genuinely tasty food and musical good times.

Craft Beer Rising presents Brew Summertime tickets will start at just £5.90 (plus £1 booking fee) and are available to buy at www.craftbeerrising.co.uk