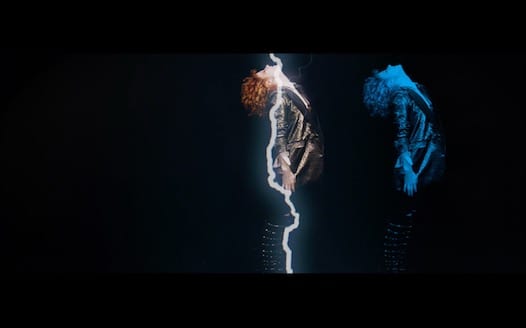 Toda​y ‘electro-pop maven’ (The Fader) Kiesza releases the music video for the effervescent title track from her forthcoming album ‘Crave’ which is set for release on the 14th August 2020 via her own label Zebra Spirit Tribe.

The epitome of her comeback; after Kiesza was forced to take a two year hiatus following a life-changing car crash and head trauma that rendered her incapable of performing live and potentially ever walking again; the video features Kiesza’s first major dance performance since her recovery.

Having essentially quarantined for many months after her traumatic accident, having not only been housebound, but also bedbound with no idea of whether she would recover, Kiesza has survived and emerged stronger. Her ability to dance was the ‘last frontier’ of her recovery, and the video for ‘Crave’ captures her new found strength, self expression and determination perfectly. The extent of her remarkable recovery is clear as she brings her charisma and trademark dance moves back to the fore.

Kiesza says: ‘Great art comes effortlessly, but always with a fight. And Crave was just that. The video for Crave is a dance story. It tells of my journey through the ups and downs and the strength it took to get to where I am today.  This is my first fully choreographed performance since the car crash and probably one of the most meaningful pieces  I’ve ever performed. I gave it everything I had and it was such a labor of love working together with James Barker, Ljuba Castot and Tobias Lever on this simple, yet powerful piece.’

Produced by Electric, the upbeat  funky Off The Wall-tinged single is title track from her long-awaited second album set for release on the 14th August 2020 and will include critically acclaimed singles  ‘When Boys Cry’ and ‘All Of The Feelings’ , which have garnered support from The FADER, Billboard, The Times, The Line of Best Fit,  Interview and Paper (to name a few).

The upcoming album touches on her recent life-changing experiences while musically it draws on a range of 80s influences. Her adept skill as a songwriter – which has seen the likes of Duran Duran, Jennifer Lopez, Gorgon City, Rihanna and Kylie Minogue enlist her to write for them – is evident throughout the album and permits her to retake her rightful place on the electro-pop scene.

Kiesza is firmly back in business as an independent musician fully emerging as an artist reborn, with new songs and a fresh perspective on the future.

Kiesza stormed onto the scene in 2014 with her impassioned hit “Hideaway”, which has since accrued over a billion streams; the accompanying one-shot video has been featured on several best-of-decade lists. Her debut studio album Sound Of A Woman saw her top charts globally and moved over a million units. Top-tier musicians soon rushed to work with her, and the rising Canadian talent soon counted herself as a feature on releases from the likes of Skrillex, Diplo, Duran Duran and Joey Bada$$, to name a few. The Canadian multi-hyphenate also has a foot in the fashion world, serving as the face of campaigns for top brands like Fendi and Maison Birks. After a life-changing car crash put her on a two-year hiatus, Kiesza returned as an independent artist, releasing music through her own label  Zebra Spirit Tribe. The new decade marks a promising new beginning for one of the last decade’s biggest breakouts—and this time, she’s doing it her way. 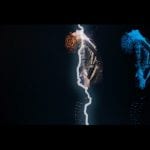