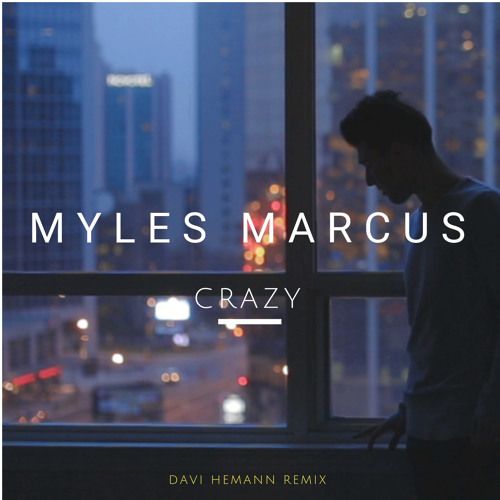 Brazilian wonder kid Davi Hemann has put an epic spin on Myles Marcus’ emotional ballad ‘Crazy’. Davi’s version is a Big Room tune that would send a festival crowd wild! Davi has kept Myles’ powerful vocals and has ramped up the rest of the track with bright chords and pumping kicks that lead up to a huge drop that takes the song to a whole new level.

The young DJ and producer, Davi Hemann burst on to the scene last year with a total of 2 signed release last year and 3 this year, all of which have been very successful. Davi has a plethora of musical talent behind him, after beginning to play guitar at the age of 8, now at the tender age of just 17, his influences spread from Martin Garrix and Avicii to The Jacksons, Chic and Earth, Wind and Fire, all of which can be heard in his music.

Davi claims that growing up in São Paulo has allowed his to draw influences from the vibrant and culture rich music. Not phased by his youth Davi is striving for stardom and thrives off of his music being played in clubs and festivals. Davi Hemann is definitely a name to watch in the coming year. Davi is releasing ‘Crazy’ himself and is available now to download.