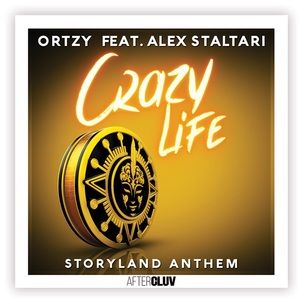 Known for his role as founder of the iconic duo HIIO, Colombian DJ and producer Ortzy has once again emerged from the studio victorious – this time with a knockout anthem for Storyland 2017, one of Latin America's largest and most respected dance music festivals.

"I began producing the song in Argentina with the first ideas for the break and the drop," said Ortzy. “Later we added acoustic instruments and vocals by Alex Staltari, and Italian-Canadian singer and composer."

The track was finalized in Colombia and mastered in the United States, making it a true international creation. Without question, the track serves as a musical representation of Storyland with each beat expressing the boundless range of emotion incited by the best festival experiences.