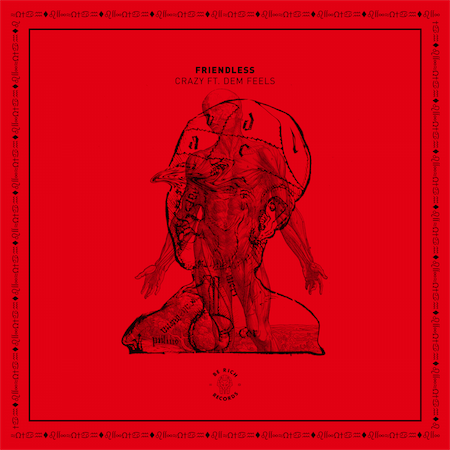 For the remixes, Friendless has called upon Maximono for a hard-hitting bass rework. The former Drum & Bass duo have previously had releases across the likes of This Ain’t Bristol, Dirtybird & CUFF.

Next up is a jazz-meets-future-bass remix from State Cadet, who returns the favourfollowing the Friendless remix of his record ‘Way Back Home’ last month.

Signing off the remix package is Melbourne Producer James Winter who delivers a leftfield play on the original mix – perfect for late night club sets.

As 2017 draws to a close, the past 12 months has seen Friendless tour alongside the likes of Duke Dumont, Shiba San and Pnau. That, along with radio support from The Aston Shuffle on Triple J, proves things are heating up for the Sydney-based producer.