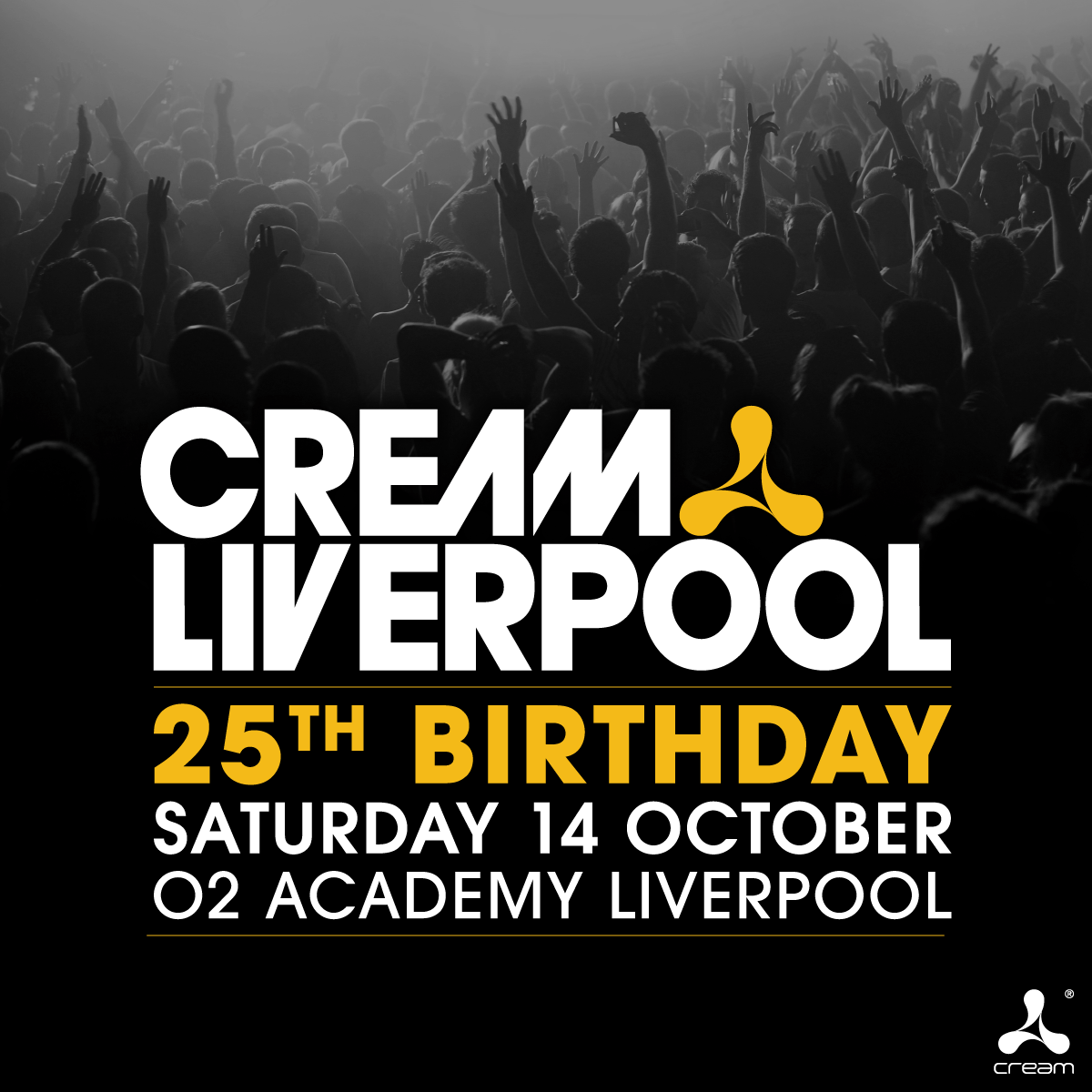 Cream celebrates its 25th Anniversary this year with a series of very special events across the UK and they return home to Liverpool to mark their birthday on Saturday 14th October at O² Academy, bringing together a line-up of Cream legends with performances from Paul Oakenfold, Seb Fontaine, Tilt, Paul Bleasdale, Anthony Probyn, Stuart Hodson & Sam Bunbury. The bill holding significance to all those who attended the closing party of Nation back in 2015 as they recreate the line up from the Courtyard bringing back the ‘Spirit of the 17th’.

Following the closure of its spiritual home Nation in December 2015 Cream has continued to stage sell out shows in its home city starting with the stunning Cream Classical shows at Liverpool Cathedral, Creamfields presents Steel Yard on the waterfront and a series of tours from some of the biggest acts from the electronic scene.