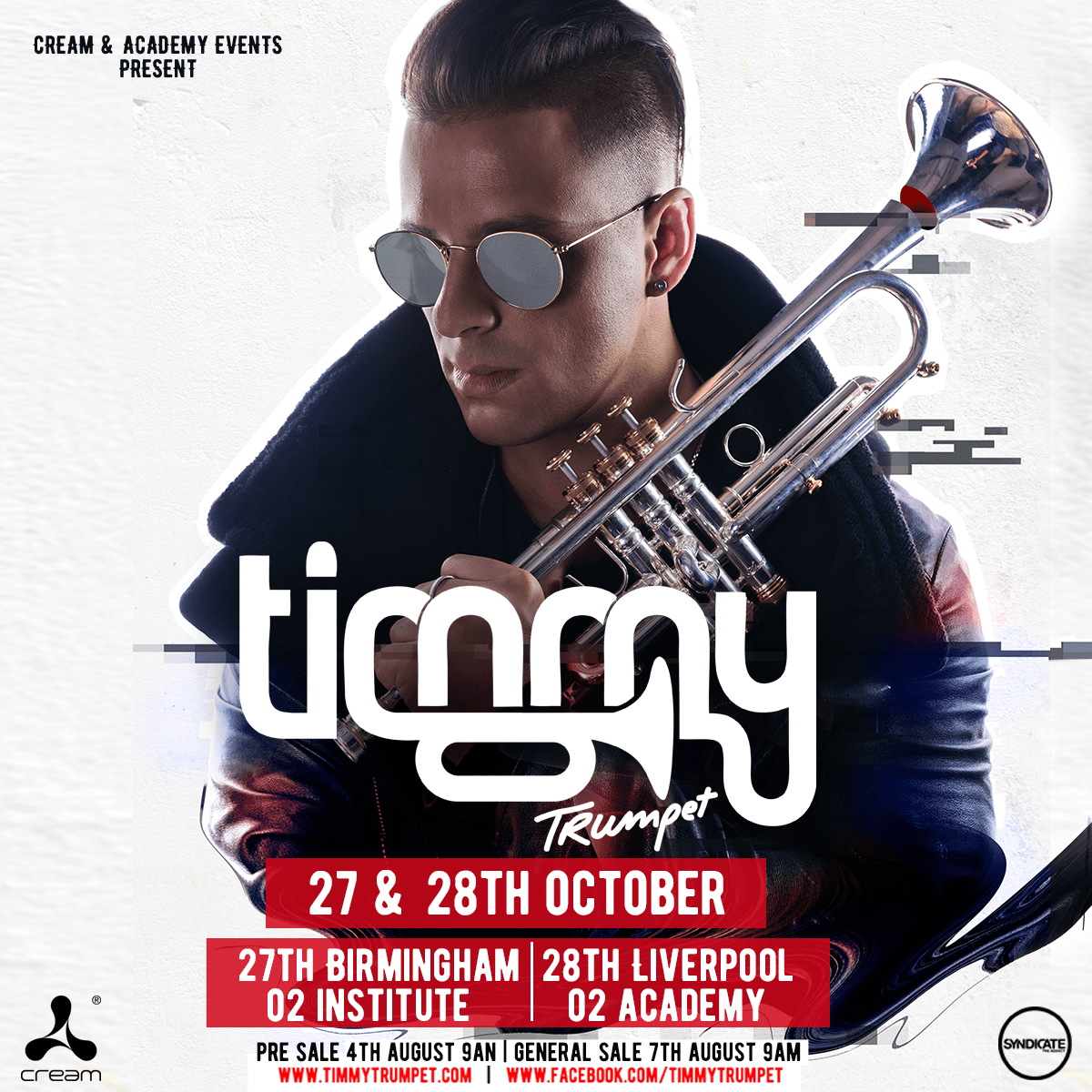 Following his sell out UK tour in April, Australia’s No.1 DJ Timmy Trumpet returns this October for a series of shows with dates announced in Birmingham and Liverpool.

The multi-platinum selling artist whose been voted #1 DJ in his homeland Australia is no stranger to the limelight having won ‘Young Musician of the Year’ at the tender age of 13, his progression into dance music has been propelled by his ability to effortlessly mix in-key whilst mastering the art of improvisation allowing a seamless transition from jazz to dance music, and it’s this unique talent that has landed him the opportunities to take over stages at some of the world’s biggest music festivals. Tickets on general sale 9am Monday 7th August 2017.
EVENT