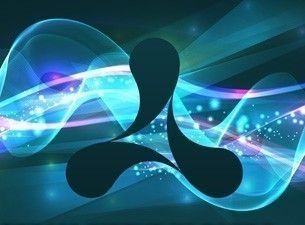 Following the announcement of Creams Birthday Part 1 which is already on course for another sell out, we are pleased to announce that the birthday celebrations continue into November as we reveal the line-up for Part 2.

Bringing together some heavyweight artists from across the globe and exclusive performances, first up in the Main Room which is being hosted by Protocol Recordings we have the DJ, Producer & Label head that is none other than Nicky Romero continuing to make his indelible mark on the music industry that can be felt in the hearts of his devoted fans. Joining him to spin the decks armed with an arsenal of his own carefully created anthems is Tommy Trash, with his unmistakable locks there’s no stage too grand or miniscule for him to tailor his adrenaline-fueled sets to & after his mind blowing set at Creamfields we just can’t seem to get enough. Another making his Cream Debut is Dutch DJ / producer Don Diablo who within the last twelve months has dropped dancefloor bombs on Axwell’s Axtone label, Nicky Romero’s Protocol Recordings, Steve Angello’s Size X imprint and several tracks on the Spinnin’ Records label. His club anthem “Starlight (Could you be mine)” was debuted during the last SHM concerts, after Axwell signed it to his label, and shot straight into the Beatport top 5 after getting support from all the heavy hitters and we are sure he is one to watch. Next up we welcome Kryder for the first time and welcome back our Cream Resident Gareth Wyn.

Across the way in the Courtyard considered to be one of the most defining figures in the fast evolving genre of House music is Fedde Le Grande. Accompanying him is Thomas Gold, praised for his explosive live sets and faultless studio etiquette this strong addition will no doubt deliver an unmissable set. Then bringing you funked-out grooves and natural instrumentation into decidedly modern house is none other than Chris Lake & our very own resident Anthony Probyn.

Over in the Annexe we see Bryan Kearney, a talented technician that has continued to climb through the ranks of global dance music to truly establish himself amongst the Djing elite. Next we have Will Atkinson with his natural talent and un-rivalled passion for music that is set to make him a future star in the scene. We also bring you more from the best in trance in the shape of Adam Ellis, Paul Webster and Rob Harnetty who are not to be missed.

This event is expected to sell out so purchase tickets in advance to avoid disappointment.  Early Bird Tickets on sale now.