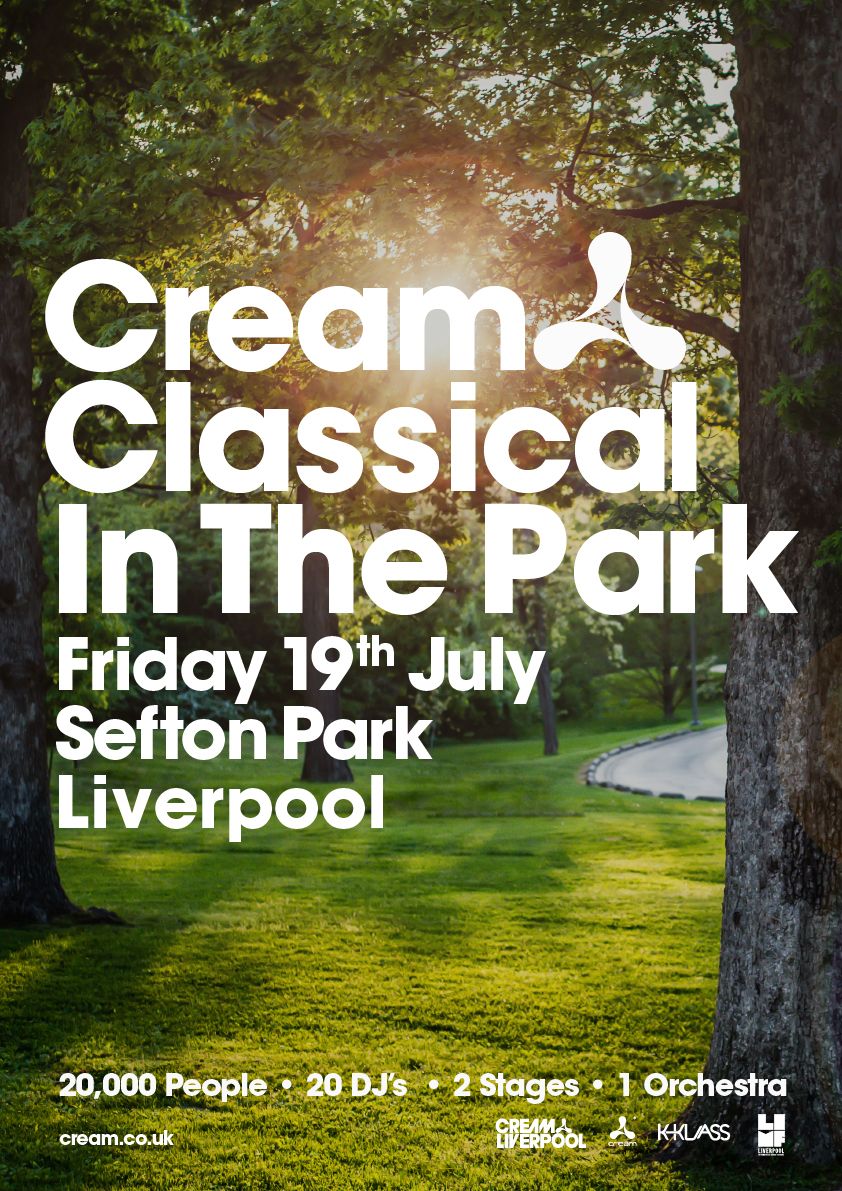 The UK festival landscape is one of the most celebrated in the world and as we look forward to another year of diverse and imaginative music events, Cream, the award-winning promoters behind some of the world’s biggest electronic music events, have announced plans for an all-new 20,000 capacity festival in their spiritual home Liverpool – ‘Cream Classical In The Park’ on Friday 19th July 2019.

Following the overwhelming success of the brand’s series of sell out Cream Classical shows at Liverpool Cathedral, which brings together the amazing 50 piece Kaleidoscope Orchestra to perform some of the legendary club’s biggest tracks, Cream HQ are now taking it to the next level for their biggest show to date, taking the ‘Cream Classical’ concept outdoors with the city’s stunning Sefton Park as its setting.

Bringing the orchestra, performers and vocalists together for a brand new spine-tingling show, ‘Cream Classical In The Park’ will also bring together 20 of the biggest DJ’s who have been part of the family over its 25 year reign, giving electronic music fans the chance to experience a night under the stars to celebrate the iconic soundtrack to a generation. Full line up to be announced.