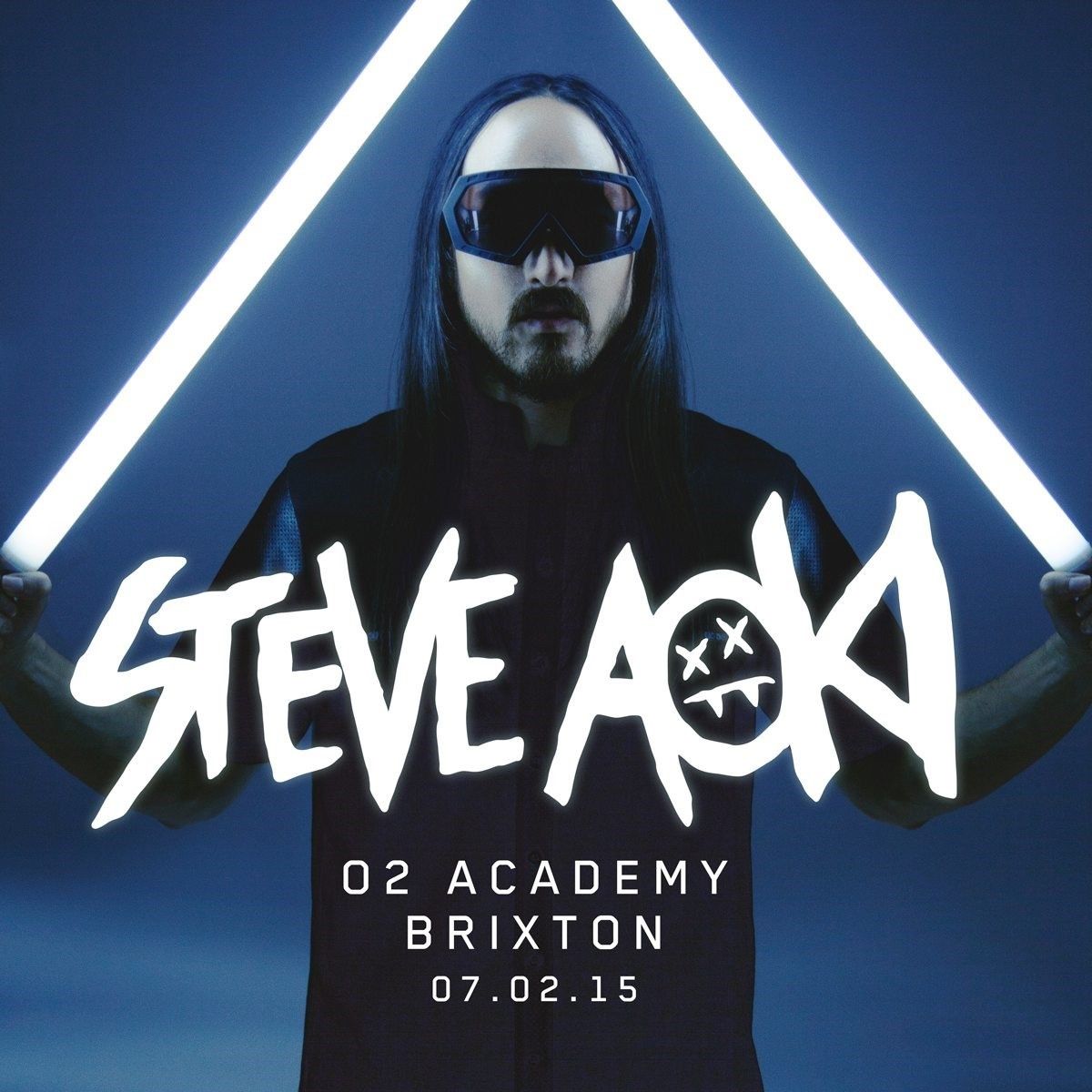 We are pleased to announce the return of Steve Aoki to UK shores in 2015 as he heads back to the capital for a very special show at O2 Academy Brixton on Saturday 7th February 2015.

Following on from his memorable sell out shows earlier this year, the Dim Mak label boss and Grammy nominated DJ/Producer is back and bringing with him his unique energetic circus vibe.  As one of America’s biggest touring artists, 2014 has proved to be his busiest yet, combined with the release of Part 1 of his 2nd studio album ‘Neon Future’, with Part 2 scheduled for release early 2015.

He’s the crowd surfing, cake throwing king of the electronic dance world with his musical talents called upon by an array of genre defying artists.  In addition he has collaborated with some of the world’s biggest dance acts on his own projects including the likes of Tiësto, Bloody Beetroots, Dimitri Vegas & Like Mike.

Tickets for this event are expected to sell out so we recommend you purchase advance tickets to avoid disappointment.  Tickets are on sale now.