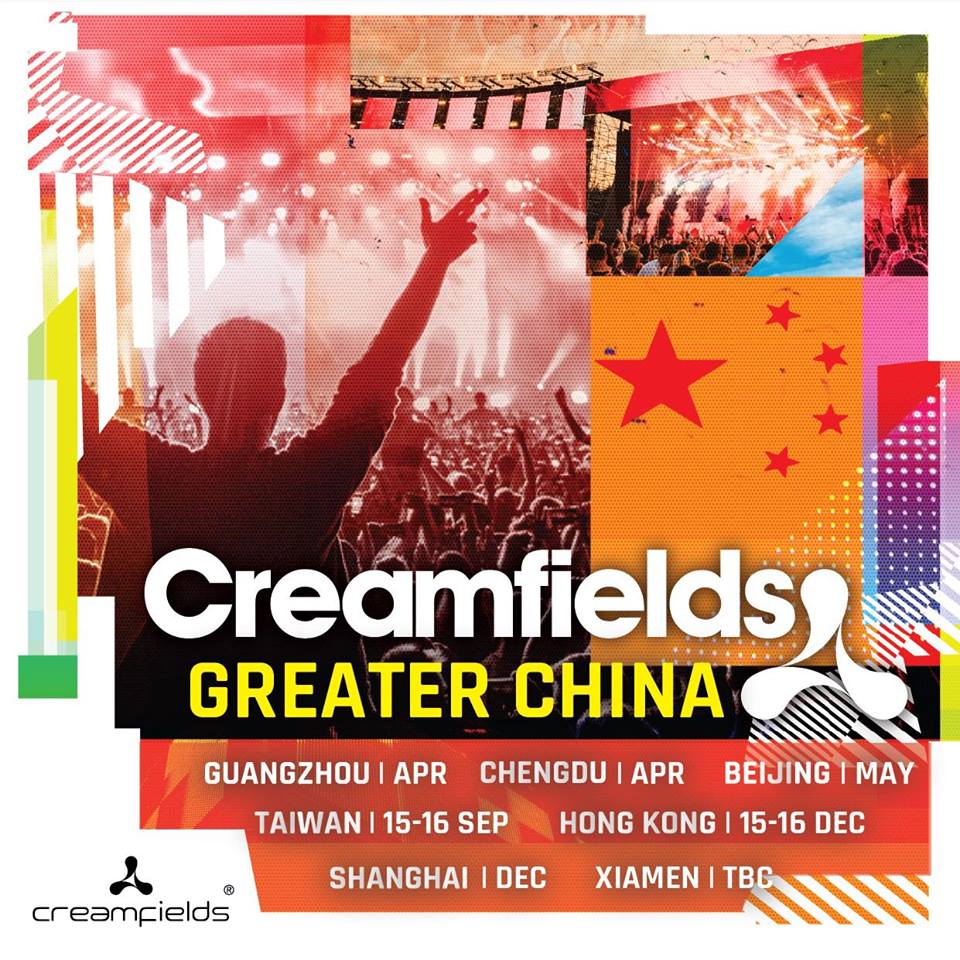 Together with close partnership Live Nation Electronic Asia and building on the success of their sell out inaugural Creamfields shows in Hong Kong and Taipei in December, Cream have announced plans on their return to China in 2018, which includes a jam packed schedule of events and festivals expanding into other cities across the region including Shanghai, Beijing, Guangzhou, Chengdu, Xiamen and returning to Hong Kong and Taiwan.

As one of the biggest territories to have truly opened its arms to electronic music in recent years Cream’s commitment in expanding the brand into the Greater Chinese market indicates an area of huge growth for the company.  Having hosted Cream events and tours internationally since 1994 and staging their Creamfields festival across 22 countries over the last 20 years, it remains one of the few festivals to have successfully established itself on the global market.

Scott Barton Cream MD says: “Having staged club events across Asia over the years and following the huge success of Creamfields Hong Kong and Taipei shows last year, we’re looking forward to taking the brand to the next level with Live Nation Electronic Asia and make an even bigger impression on what is a really exciting and ever growing market”.

Jim Wong LNEA MD says: “I appreciate the love and support we get from Cream and all the fans across Asia. I believe in 2018 Creamfields China will open a new chapter in China’s electronic dance music history.”

Full details for each of the shows are expected to be announced soon.   Plans also include a series of ‘Cream Presents’ shows toured across Wuhan, Hangzhou, ChangSha, Shenzhen and Chongqing

The festival brands flagship event in the UK returns to Cheshire this August bank Holiday to celebrate 21 years with the line-up expected to be announced in February. The award winning event which now runs for 4 days has grown to become one of the world’s leading electronic music festival attracting audiences of 70,000.

Last year, the world’s biggest live entertainment company Live Nation launched Live Nation Electronic Asia which has made a huge impact in Asia with the launch of Creamfields Hong Kong and Taiwan, 2018 will see the company expand even further into other territories and bigger productions.