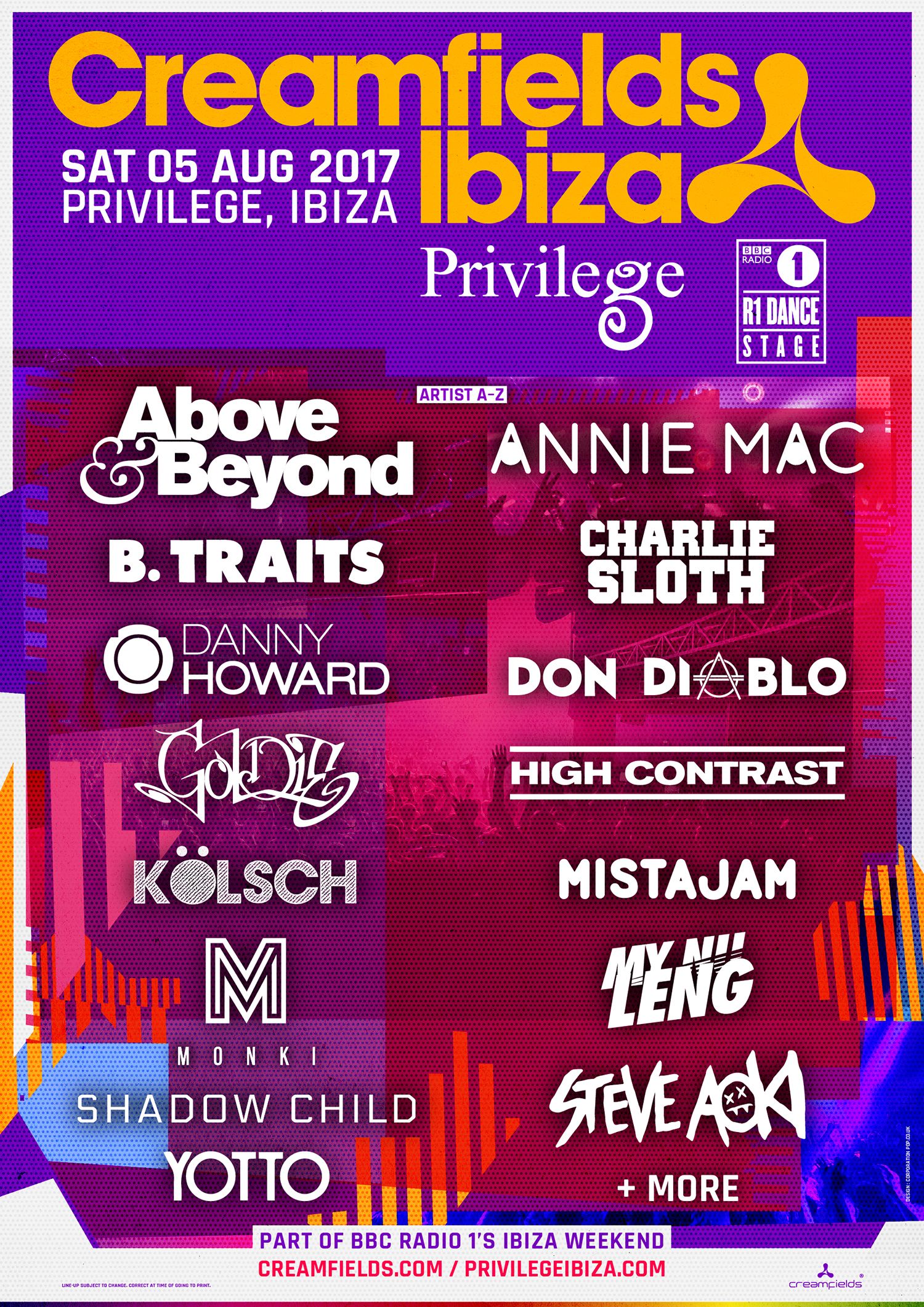 We’re pleased to announce the much anticipated line up for Creamfields Ibiza which returns this summer on Saturday 5th August as part of BBC Radio 1’s Ibiza weekend, taking place in the world’s biggest club – Privilege.

Creamfields Ibiza’ forever blossoming reputation continues to flourish and unsurprisingly as the flagship Saturday night show during the busiest weekend on the island attracts the biggest names in dance music and this year is no different as Creamfields Ibiza delivers a huge line up once again with performances from Above & Beyond, Annie Mac, B.Traits, Charlie Sloth, Danny Howard, Don Diablo, Goldie, High Contrast, Kölsch (DJ Set), Mistajam, Monki, My Nu Leng, Shadow Child, Steve Aoki, Yotto plus more to be added.

On an island that continues to evolve, so do its jaw dropping venues, no more so than Privilege which has undergone a major refurbishment this year, the once was pool area has now gone, making way for an all new dancefloor with more room to dance plus an all new sound system to boot!

If there’s one event not to miss on the white isle this summer this is it. A guaranteed sell out so advance tickets recommended to avoid disappointment.

*Line up in alphabetical order