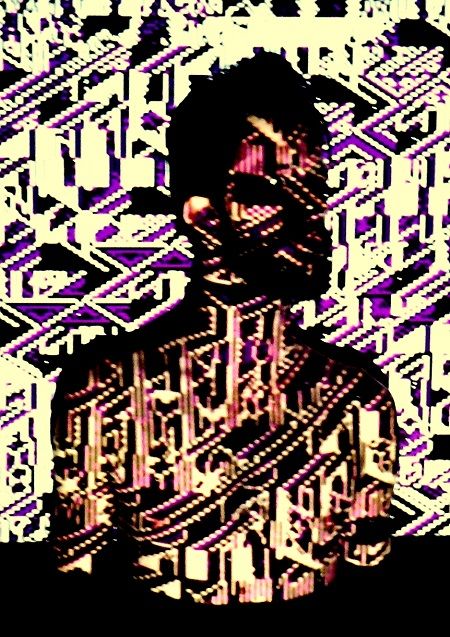 ‘Portals’ sees Cherney challenge and correspond with the traditional aesthetics of techno music by introducing elements of improvisation and chance, which create a more organic and accidental feel to the record. In his own words, “sloppiness is welcomed in my work”, which results in a hypnotic sound that is all at once chaotic and formulated. Meanwhile, Cherney’s music remains deeply rooted in minimalist composition and post-digital aesthetics, with each track showcasing his eclectic trademark use of samplers and effect units. The title itself is inspired by Cherney’s fascination with Kinesiology, the study of energy movement through “portals” in the human body, which Cherney sought to explore through his musical experimentations.

First single ‘Creation’ features a muffled, thumping bass line, which provides a foundation from which layers of shimmering synths, samples and white noise ebb and flow throughout the track. Continuing to demonstrate Cherney’s masterful use of his unique set-up, which includes an analogue sampler along with a plethora of other analogue devices to manually transform his source materials, second single ‘Generation’ will follow in the new year with its chopped melodic samples and looped beats.

In the spirit of the unique squareglass aesthetic, ‘Creation’ will be printed on one of the imprint’s trademark 7″ square vinyl records, and will be launched with a special event at Dance Tunnel in Dalston on 12th November. The event will see Cherney perform alongside label-mate Bunki, whose music was described by XLR8R as ‘a gorgeous bed of atmospheric soundscapes’, as well as Stathis and Elena Colombi.

Already proving to be a tour-de-force in putting out a catalogue of stimulating and experimental music, Daniel Cherney looks set to raise the squareglass bar even higher with ‘Portals’.