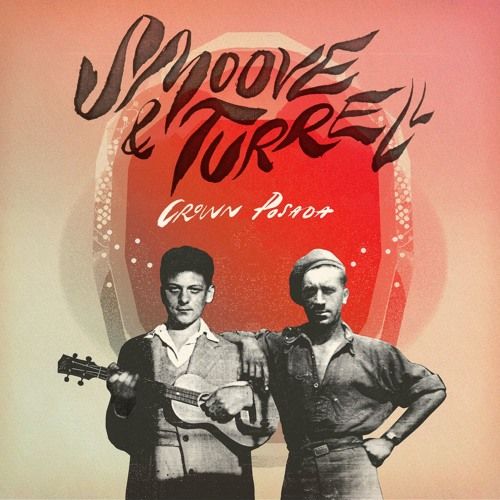 With the release of new album ‘Crown Posada’, Newcastle’s Smoove & Turrell cement their position as one of the UK’s most exceptional soul and dance acts with their innate ability to deliver hard times social commentary in a dancefloor friendly medium.  Proudly working class as a band – this album celebrates love, life, politics and the lows and the highs of growing up and raising families in the North East of England.

Gritty and powerful, the band make no attempt to sound or look like anyone else – not for them the sharp suits and trumpet twirls of some of their peers. Instead you get a wildly talented and vital crew of larger than life Geordie lads taking their rightful place on the international soul scene having already become figureheads within the UK.

For those that don’t know – the band and the name came about by the joining of forces between DJ/ Producer Smoove and singer John Turrell. A chance introduction and a plan to do one record together quickly grew into a band that has played massive festival stages worldwide and become one of the UK’s most loved soul and dance acts.

New album ‘Crown Posada’, released 14th October on Jalapeno Records, draws a wide array of influences from the electronic acts they grew up with as well as the old soul greats with the vocal delivery on certain tracks owing as much to Scott Walker as it does to James Brown.

The band have recently received support from Craig Charles, Don Letts, Sean Keaveny and Chris Hawkins at BBC 6 Music along with playlist at BBC Radio 2. Album track ‘You Could’ve Been A Lady’ was also used on BBC Sport’s Olympic Cycling coverage this summer and Channel 4’s Paralympics Village tour feature.