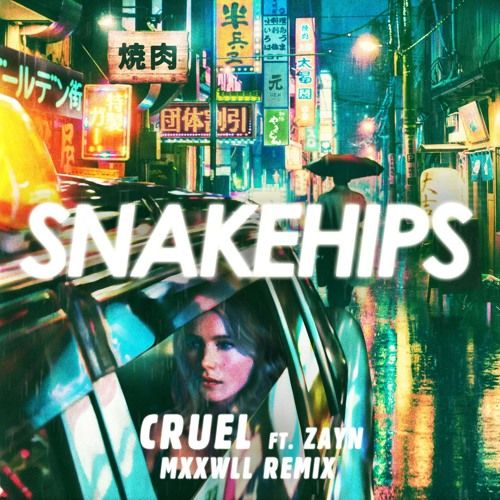 Popular Australian producer MXXWLL has remixed Snakehips and Zayn’s much talked-about collaboration, ‘Cruel’. Preserving the song’s original summery feel, the producer plays with chopped up samples of the original over a soft bassline for a future-facing take on the record.

Sydney producer MXXWLL is currently killing the electronic music scene in Australia right now with his live sequencing sessions ‘Friday Funk’ reaching over 45k views on Facebook. Drawing inspiration from Kaytranda and Pomo, his debut single ‘4 U’ is a groovy melody built upon soulful vocals and synthesised twinkling beats. Legendary Australian producer M-Phazes has shared his support for the artist claiming that he his 'the next big thing in Australia production’. MXXWLL is currently working on his debut EP and has a track collaboration with Deutsch Duke dropping this month.

Originally released on the 15th July, ‘Cruel’ is a collaboration that has excited many; touted as the UK’s answer to RnB, Snakehips won an Ivor Novello for recent top 5 single ‘All My Friends’, whilst Zayn’s debut solo album ‘Mind Of Mine’ topped charts and broke records worldwide with critical acclaim.

The pair are now gearing up for their biggest North American tour yet this October and November. Beginning in Dallas’s The Loft on the 26th October, the tour will take in a total of 18 dates across major cities throughout the US and two dates in Canada. Highlights include New York city’s Webster Hall and New Orleans' Voodoo Experience music & arts festival. With ‘All My Friends’ recently achieving gold status in the US, this tour comes at the end of a landmark year for the pair.

To top this off, the duo will be headlining KOKO on Thursday 6th October, tickets are available for this here