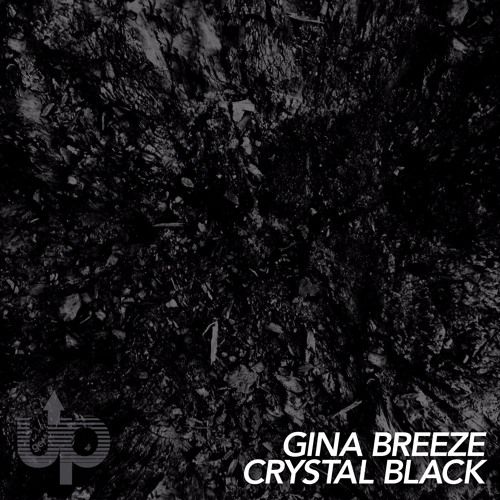 The next release on Get Up Recordings comes from Manchester’s Gina Breeze. The Crystal Black EP is her sophomore effort for the label and the DJ / producer is giving it her all straight from the underground with no signs of slowing down. The EP contains two original tracks and two remixes, one from NYC’s Michael Magnan and the other from label co-owner W. Jeremy.

Early in her career, Gina Breeze held a DJ residency at the legendary SpeedQueen night club in Manchester. Her love of house music blossomed and Gina gained great support culminating in an invitation to play on the G-Stage at the world-famous Glastonbury Festival, as well as invitations to play at the ever-growing Parklife Festival and the Mixmag Residents arena at Creamfields. In 2013, Gina won the Parklife Festival Producer Competition with a track called “Don’t Stop”. The track was chosen by three heavy hitters of house music – Heidi, Eats Everything, and Jackmaster – which added confidence to this new music producer. The track was snapped up by Layers, an Italian record label who are focusing on infectious house beats. “Don’t Stop” received support from Him_Self_Her & Kerri Chandler. In 2015, still producing under “MissB”, Gina had her first EP released with NYC’s Get Up Recordings. This saw a remix from label boss Christy Love and a dark techno rework from Dr. Sleep. After recently playing her debut at Manchester’s finest HomoElectric at Antwerp Mansion, Gina is now proud to be part of the HomoElectric team.

The Crystal Black EP jumps off with techy-rhythmic future stealth “Crystal Black”, with a remix courtesy of Michael Magnan. If you live in New York City and dwell amongst the downtown music / fashion scene, chances are you’ve heard of Michael Magnan. The DJ / producer / artist has been turning out parties for what seems like ages and infusing hit songs with his signature brand of musical swag. Magnan fuses art, music, and fashion together on his popular blog Wickephobica and with his involvement in the collective House of Ladosha. He is also one-half of the DJ / production duo Fatherhood along with Physical Therapy. His take on “Crystal Black” features his signature runway sub-bass driven beats.

The second track on the EP, called “Disco Hoe”, is a heavy drum and kick techno jam with a remix from W. Jeremy. This NYC-based DJ / producer is co-owner of Get Up Recordings with such artists on the roster as Honey Dijon, Tedd Patterson, Kim Ann Foxman, Quentin Harris, Discodromo, Brodanse, and Vin Sol. He has produced under the moniker House of Stank with label partner Christy Love as well as independently as W. Jeremy with releases on Trax, Good For You, Kid Recordings, and Rebel Eye. His translation of “Disco Hoe” comes way of a house groove and keeps true to the unique changing structure of the original.