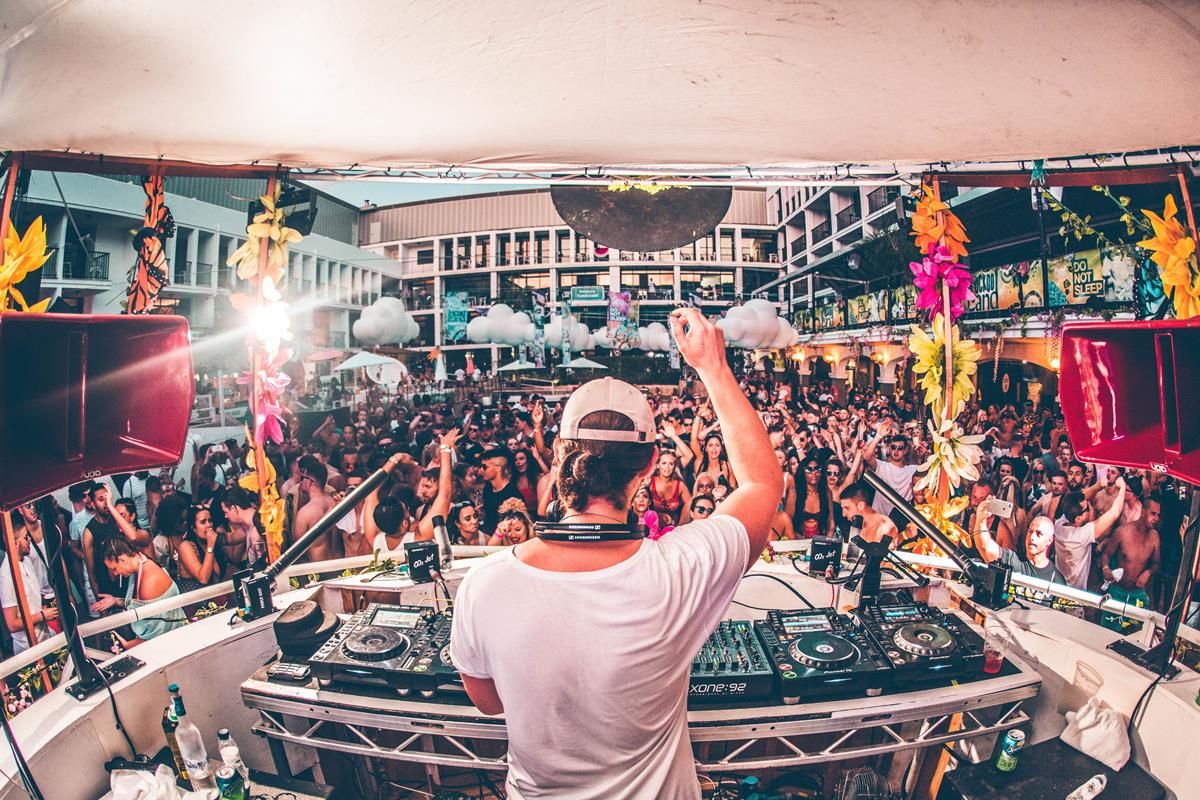 Last summer Ibiza Rocks Hotel welcomed Cuckoo Land into the mix and brought a new musical landscape to the home of the pool party, unleashing a deep house and tech soundtrack into the daytime in San Antonio, for the first time.  With house music elite Sonny Fodera at the helm for 8 exclusive headline sets this year,Cuckoo Land Pool Party returns every Friday from 8th June to 28th September.

In collaboration with Electric Ibiza, the brains behind pioneering Ibiza brand Do Not Sleep, Cuckoo Land at Ibiza Rocks Hotel last year cemented its place as the only credible venue on the island to party poolside to deep house and tech in daytime. Highlights from last year included a surprise set from Gorgon City & wAFF, seminal moments from 2017 residents Latmun and Max Chapman, headline sets from Catz N Dogz, Waze & Odyssey, Hector Couto, Edu Imbernon and Sonny Fodera amongst many more.

This years’ line up will welcome back Sonny Fodera behind the decks alongside an incredible selection of world class talent, incorporating disco as well as deep house into the sun-drenched soundtrack for an even more accessible, all-consuming party.

As witnessed last summer, Cuckoo Land is about more than a physical presence: It’s about a state of mind. A mind wandering in a state of absurdly over-optimistic fantasy, in a wildly unpredictable place where the heavy breath of hedonism fills the air, debauchery takes over the dance floor and Cuckoo Landers come together to share the music, the mindset and the madness.

Sonny Fodera said: ‘I’m really excited to be returning to Ibiza Rocks for my Cuckoo Land residency this summer. Always such a great vibe at their pool parties, it’s gonna be madness!!

Neil Evans, Co-Founder & Director, Electric Ibiza, Do Not Sleep said: ‘Ibiza Rocks have upped the anti big time this year by enhancing the hotel poolside with a huge refurb and the plans look first class.   It’s the perfect venue as Cuckoo Land´s music policy aims directly at young party goers in San Antonio, in the style of a Miami pool party with a soundtrack to go with it.’

Book holiday deals direct with Ibiza Rocks for the best prices guaranteed – up to 20% cheaper than other booking agents – www.ibizarocks.com